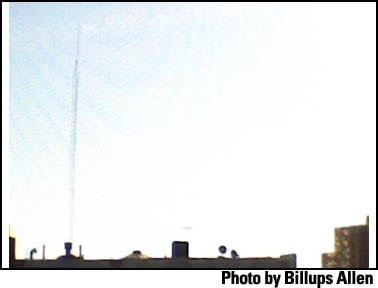 Radio comprised a large part of my musical upbringing. I made the familiar journey from waiting for token good songs on rock stations to discovering college and community stations where people who cared played music that wouldn’t be heard elsewhere. A few years ago I got to program my own show on Tucson’s still active community radio station KXCI. The show was called The Groove Tomb. I did it for three years in the middle of the night. Most of the calls I received would be people anxious to engage in our number one American pastime: complaining. Aging hippies wanted to hear Eric Clapton songs that I suspect they had in their own collections and “punks” wanted to know why I ruined sets with the likes of Marlene Dietrich. I began to dread answering the phone.

Technology has helped to cheapen the practice of listening to music. But it has also given voice to more people who value getting the word out. Records are meant to be shared, not hoarded by collectors who think someone is less of a person for not knowing who

Tracklisting:
The Spits, “All I Want” (In the Red)
The Kids, “This is Rock and Roll” (Sonik’s Chicken Shrimp)
---
Bizzaros, “Mind’s a Magnet” (Windian)
Nobunny, “Blow Dumb” (Goner)
The Overnight Lows, “So Well Read” (Goner)
The Shirks, “On Time” Time (Windian)
---
Testors, “Together” (Swami)
The Subhumans, “Fuck You” (Alternative Tentacles)
Sin 34, “America America” (Anthology)
Void, “Halfway Boys” (Dischord)
Government Issue, “Hall of Fame” (Dischord)
Middle Class, “Out of Vogue” (Frontier)
---
The Resonars, “Paint My Windows Green” (Trouble In Mind)
The Pretty Things, “Baron Saturday”
Q 65, “Cry in the Night” (Rev-Ola)
The Sorrows, “Teenage Letter” (Big Joe Turner cover) (101)
---
The Black Lips, “Modern Art” (Vice)
The Chumps, “7-11” (Afterburn)
The Urinals, “Black Hole” (Warning Label)
Monster Pussy,  “Invite Me to Your All Girl Party” (Self-released)
---
The Tweezers, “The Glory Girls” (Time Bomb)
The Knockout Pills, “Do the Skin Crawl” (Estrus)
Loli And The Chones, “Makeout Party” (Rip Off)
The Registrators, “I Just Wanna Kill Everything” (Rip Off)
Victims, “I Need You” (Receiver)
The Undertones, “Here Comes the Summer” (101)