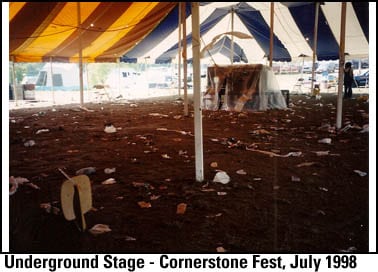 Metal was the first non-mainstream genre of music I got into. In middle school I had some older friends that got me into metal (Christian metal, at that! Don’t ask—it’s a long story). Eventually, I found my way into hardcore and punk and, in the process, realized there were a lot of quality (non-Christian) independent metal bands, too. Metal still holds a special place in my heart due to its ability to express the rage and aggression I often feel, even though I’m way past my teen years. (It never really goes away. You just learn to live with it.)

So I present to you some of my favorite independent metal songs (plus Slayer, because, well, they’re Slayer.) Hope you hear something you like!