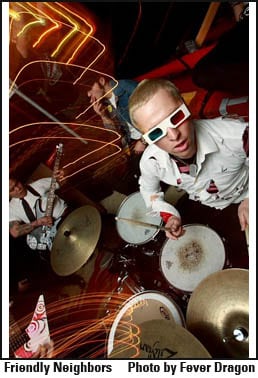 This is part two of a would-be retrospective of stuff released over the course of the past decade. Part one covered the years 2000-2003, and this one finishes up with stuff from 2004-2007. I’ve covered the years after that in a couple of previous podcasts, and you can find ’em elsewhere if you’re interested in giving ’em a listen. I also highly recommend you take the time to listen to as many of the other Razorcake podcasts as possible, as there is no shortage of varied, quality listening to be found in them from a bevy of fine folk who know a thing or two about varied, quality listening. Seriously, it’s like 100+ hours of one of the best “radio” stations you’re ever gonna stumble across.

As I stated at the beginning of part one, this should not be construed as a “best of” collection of stuff. There were far too many great bands and songs in the past ten years and such an endeavor would be dang near impossible, not to mention hampered by the arbitrary tastes of whoever’s compiling such a thing. Think of this instead as a collection of songs from a certain period of time that I thought went well with one another when I was putting it together. In it you’ll find tunes from old standbys and new jacks, well-known institutions and more obscure noise-mongers, covering the many subgenres of punk they inhabit. Hope you enjoy it.
-Jimmy Alvarado