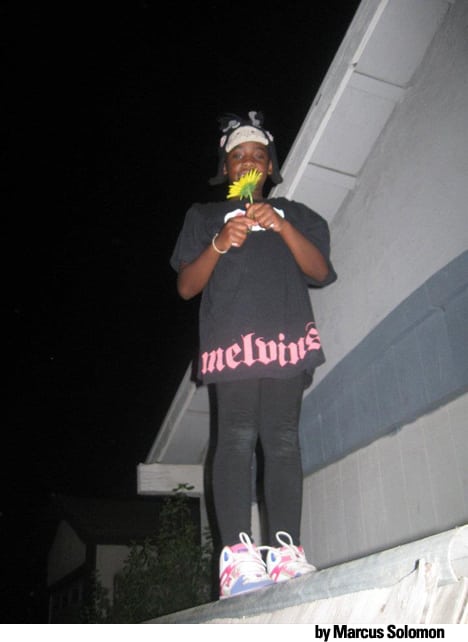 “You will have many children and no wife.” That’s what one of the elder monks said to me when I left the Dharma Vihara Buddhist Temple in Los Angeles after my first round as a Samanera (temporary) Buddhist monk. For a few years, I wondered what that strange prophecy meant, until the meaning became apparent. After about four years of owning and operating a small tutoring center, I came to realize that “many children” referred to the numerous kids and teenagers I have helped. It has been a real privilege and a fulfilling thing to assist people of all ages to strive to reach their potential. It is also very rewarding to have been able to mentor some of them as a positive role model, and in some cases, I have become a father figure to those who did not have good male role models in their lives.

The second part of the prophecy haunted me. No wife? That seemed like more of a curse than something to look forward to. Almost thirteen years later and a few failed relationships with women I have loved, I reluctantly came to understand that too.

The last disaster of a relationship ended three years ago and I resolved to never let anyone get close enough to hurt me ever again. Just as someone who is attacked by a dog is likely to be wary of dogs, or someone who survives a terrible car accident may become afraid of driving, I became conditioned to fear closeness and intimacy with women. Even now, if a woman shows interest in me, I freeze, recoil a bit, and explain that I have been emotionally wounded and cannot bring myself to trust enough to enter into a loving relationship.

It brings to mind what one of the other elder monks told me. He said that in a past life I had done something very bad to my wife and my karma was preventing me from being successful with relationships in this present incarnation. I don’t want that to be right, but it seems to be the case. Sometimes, it sucks to know the future… or the past.

Consequently, I decided to keep a safe distance while helping others. It is easy to be helpful and motivational at the tutoring center. The students come in, I try to give them some confidence, motivation, information they need, and then they go home.

Then along came Faith. Appropriately named, this little nine-year-old girl has become like a daughter to me, and has helped erase some of the scars on my heart. Her father is far away and not involved in his daughter’s life. Being allowed to help fill this void has been one of the most wonderful things to ever happen to me.

Faith’s mother is a very close friend of mine who was once one of my math students. Over time, I could see that this single mother who was working full-time during the day and going to nursing school full-time at night could use some assistance. I suggested that she bring Faith to my tutoring center after school rather than take her to a sitter who was not doing much more than just warehousing the kid without any real guidance. Faith was struggling in school and I said, “What better place for her to be than a tutoring center? You can save the money spent on babysitting for other things!”

Last year, as a third grader, with my assistance and encouragement, Faith brought up her math grade from all Fs to Cs at the very end of the school year. I was so proud of her and I noticed something was happening to me. I was allowing someone to get close to my heart. I felt like a hero.

A failed relationship can really smash self-esteem and create an enduring bitterness. Despite my trust in Buddhist teachings and knowing the impermanent nature of all things, I still have a very hard time letting go of people and the past. One day, Faith hugged me, thanked me for helping her and her mom, and told me she loved me. Overwhelmed with emotion, I told her that I loved her too, and am very lucky to be able to have her in my life.

Another time, Faith was listening to The Melvins while playing some goofy game on the internet. I thought maybe she was listening to The Melvins just to please me, but she was nodding her head to the beat. She told me that the song “The Bit” was really good, but “National Hamster” was her favorite. She also went on to inform me that the EP The Bulls and the Bees was much better than The Melvins’ latest, Freak Puke. It was apparent at this point that I was having an effect on this child’s mind in more than just the academic sense. She had discovered the joy of punk/grunge/metal.

Today, Faith brought home her first fourth grade progress report and it was not good; too much talking in class and poor test scores. She asked me if I was mad. I told her I was very disappointed because I am doing all I can to help her succeed and that there is no excuse for failing in school when she has me to help. She told me she was sorry and asked why it was such a big deal. I felt the emotion rise within and bellowed, “Because this world is going to beat you up! Life is not always fair and I want you to know all the things you need to know so you can go out in the world and be able to fight back!  I don’t want you to have to work at some crappy job like Wal-Mart or driving a bus! I want you to be able to have a good life and to be able to have a career you enjoy that makes a positive difference in this crazy world! You need to know how the things in the world work and how to do math so some bad person cannot come along and trick you out of your time, emotions, or money!” Then I sat down and quietly said, “When you do good your mother and I are happy, and when you do bad your mother and I are sad.”

Faith was quiet with tears in her eyes. She nodded and told me she understood. I told her that I believed in her and I knew she would bring the grades up. She went to my desk and wrote a little contract promising not to talk in class, to pay attention, and to make an honest effort. I went outside to calm down. Faith brought out our skateboards and told me to enjoy the moment. “Please just do your best Faith. You know I care about you and you have made my life so much happier.” “I did?” she asked. Then she hugged me and said, “I love you dad. You are the big shadow and I am the little shadow.” I asked her why we are just shadows.

“Because one day we will not be here and all lives are like shadows.”

Thank you Faith, for helping to heal this wounded heart.