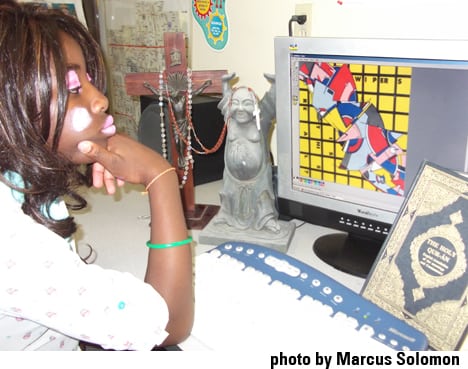 It was such a huge relief to learn that the Sandy Hook Elementary massacre in Newtown, Connecticut did not really happen and that twenty children and six educators did not die horrible, anguished deaths. It is also good to know that men never walked on the moon, that the world is flat, and reptilian aliens have infiltrated our species in order to control the world. As unbelievable as each of those ideas sound, they all have been accepted as fact by some people at a certain point in time. Humans have believed the most outrageous, irrational, and just plain ridiculous ideas throughout world history.

Some of this nonsense is harmless and somewhat amusing, like the belief that the Earth is hollow and this enormous cavity harbors entirely separate human societies. Another eyebrow-raising notion is the idea that humans are the clones of alien beings that were buried underground until our alien ancestors “hatched” our forefathers by heating the bodies with the warmth from volcanoes that erupted because of the nuclear explosions set off by our alien parent race. That is the genesis of humanity according to Scientology. Tens of thousands of people believe it to be absolutely true, and on its own, that story is entirely harmless. All religious premises sound implausible to everyone except for those who belong to one of these belief systems. Just as Greg Sage of The Wipers famously intoned back in 1980, we must often ask ourselves: “Is this real?” But more than that, we must also ask ourselves: “How do our beliefs affect other people?”

Unfortunately, the Sandy Hook shooting last December was repulsively real and twenty-six innocent people were senselessly slaughtered (twenty-seven if you consider the shooter’s mother innocent). It would have been better if it were not true and if all the hoax claimers were right. I would prefer that our own government had orchestrated an elaborate fabrication in order to initiate some sort of assault on the Second Amendment. Had that been the case, then we all would have something tangible that we could truly rise up against.

How is it possible that so many otherwise intelligent people could believe something all-too-sickeningly real as Sandy Hook to have been a sophisticated Hollywood-style illusion created for the purpose of repression of our civil rights? In addition, it was greatly upsetting to see how the grieving families and friends of the Sandy Hook victims had to cope with the added trauma of knowing that a considerable number of people were calling them liars. One woman, Jillian Soto, who had lost her sister Victoria Soto in the shooting, was aghast to have stumbled upon a website that accused her of false grief and being part of a government conspiracy. “I was in tears. […] Everyone tells you, don’t pay any attention to these websites. But it hurt.” (TampaBay Times; May 30, 2013).

People tend to believe what they want to believe. Facts, logic, reason, and all evidence to the contrary are powerless against most people’s staunchly held beliefs. We all know people who believe some truly silly things.

In the past week, I have had people I know quite well tell me some real doozies: There is a planet called Nibiru that is headed toward earth, and its gravitational force will destroy our home planet with tidal waves six thousand feet high. President Obama is a covert Muslim whose mission is to destroy the U.S. (an old favorite). We are all going to be implanted with computer chips on our hands or foreheads for identification and monetary reasons, thus signaling The Rapture, wherein god is going to teleport all true Christian believers up to heaven leaving the rest of us in a chaotic hellscape. My favorite of the week is that there is a huge crystal pyramid that used to be part of Atlantis on the bottom of the ocean in the Bermuda Triangle and its energy vortex is what causes planes and ships to disappear. Each time, I responded to these claims with unrestrained laughter… and the people who said these things were offended by my response.

It was the late British philosopher and writer Alan Watts who once explained that you cannot talk someone out of their chosen illusions. If you should actually happen to prove them wrong, they are not glad to know the truth, they are angered to have been embarrassed. The wise Watts suggested a different approach: “If someone tells you the Earth is flat, ask them to show you the edge.” This is a much more effective argument tool and puts the believer into the position of having to rethink the claim and prove it. That is usually the end of the debate.

When I encountered two separate, individuals who claimed the Sandy Hook shooting was a hoax, I told them that I would raise the funds to send them to Newtown, Connecticut so they could confront the “actors” who pretended to have suffered the loss of a murdered loved one. At first, both of them were in eager agreement, but as time progressed—people began to pledge money for the trip and I prepared a press release to alert the media about the excursion—both suddenly balked. One simply stopped communicating and the other claimed to be “too busy.” They didn’t go. They were merely saying offensive things on the internet just to get a rise out of others. It was a small victory, but there was some satisfaction in calling two goofs on their hurtful nonsense.

In the internet age, both truth and bullshit fly at the speed of light. Because the average citizen is not skilled at the art of critical thinking, are generally gullible, and have never been taught how to properly judge the value of information by considering the source and cross-referencing, a lot of people see something on the internet and instantly go, “Oh wow! That must be true!” Computer-generated imagery can easily make the improbable look real, and there are people out there with sophisticated tech skills who put a lot of work into manufacturing conspiracies and spreading misinformation. As I have written before, critical thinking should be a mandatory subject taught in public schools. If it were, then more people would be better at sorting fact from fiction, and dangerous ideas would not proliferate so easily. The silly ideas are entertaining, but it is heart-wrenching to see how much needless sorrow bad ideas have caused in this world.

Basically, the answer is that skeptical doubt is good, and to rely on your own right view, right thinking, and right reasoning. Go look in the mirror and you will see a person who has in the past, in the present, and will someday in the future believe something that is entirely untrue. That is part of being human. Making mistakes and trying to learn from them, following the wrong path and striving to find the correct way, believing someone who has lied to us and learning to let that person go. This is the world of Samsara, a world of wandering and illusion. We are all free to choose whatever illusions we prefer, but the very least a person can do while pondering reality is to understand that ideas have the power to inspire and uplift humanity or to cause indescribable suffering.

Be good to one another.