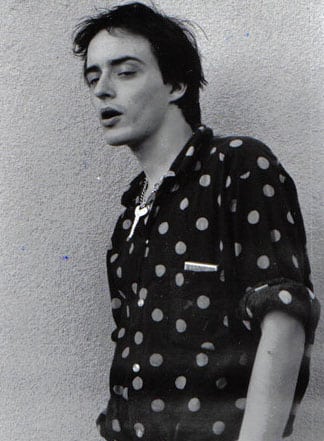 Punk Like Him: Terry Graham of the Gun Club: An Interview by Ryan Leach

It was a Monday night. I was jam packed with writing deadlines, but when Terry Graham told me he was in town, due dates fell by the wayside; we would meet tomorrow. Prior to this interview, I'd talked to Terry a couple times on the phone - one would be for a Gun Club oral history which ran in Razorcake - and we had corresponded via emails. Meeting him and director Allison Anders at the Brite Spot was a real treat. We discussed his Gun Club days and his book, Punk Like Me, which is due out the middle of this year. A month prior to this interview Terry had sent me a chapter of his book for preview; his writing style has a Henry Miller/Louis-Ferdinand Celine-like feel in its free-associating pace, frankness, and conversational writing style. Punk Like Me tells what is was like to be a member of the Gun Club, the Cramps, and the Bags; it also sheds light into the first and second wave of punk. It's no secret: LA punk, both old and new, has been underrepresented in print. Neutron Bomb scratched the surface of the first wave, but there's more underneath that topsoil. Certainly, the roots-punk scene of the early '80s consisting of bands such as the Gun Club, Tex and the Horseheads, Blood on the Saddle, and the Divine Horsemen deserves its own lengthy tome. Punk Like Me covers these bases by one of the few members of both scenes to have stepped up. To better gauge the future, the past must be known, making Punk Like Me a must read.