Protests and Theremins: An Interview with Intro5pect

Heela: Intro5pect started out as a one-man band and now has four members. Why the need for such a huge line-up change?
Dave: Actually, being a one-man band was never my intention. I was sort of in between bands for a while. I just started writing songs that combined the aspects of punk I liked with the aspects of electronic music that I liked and after a couple songs, I figured I should just stop waiting around to find a "real band" and put something out. Since then I've just managed to come into contact with people who were into the idea of Intro5pect and had something to contribute.
Heela: Your political views obviously play a huge part in your lyrical content. Why do you think it's so important for a punk band to be political?
Dave: I'm not sure if I'd say that all punk bands have to be political. When you say that, you fall into the trap of having to validate everything in life by its politics, and sometimes you need to just let things be or you have a hard time just enjoying life.
Heela: Oh, of course, you can't be too serious all the time.
Dave: Right, and that being said, I happen to be a political person, so I think that any type of music or most any artistic endeavor that I find myself doing would end up being political. But I also think that it's a misnomer to think that punk is the "political" music. People have been singing songs about oppression, unity, racism, and equality for thousands of years and in thousands of different forms. It is really great how the political punk scene can exist as a community and as such, gives a certain amount of strength to the ideals and values that it embraces. It's easy to believe wholeheartedly in a certain set of social values when you are in your bedroom listening to albums, but it's a completely different thing to actually put that into action when relating to other people in the real world. I think that one great thing about the punk community is that it does help to foster that sense of community, while at the same time forcing people to learn to relate to each other.
Todd: The following question isn't accusatory. It's a question I asked myself and was sparked by your music. Where is it written anywhere that the rich and powerful have to give a shit about you and me?
Dave: Well, the short answer is that the rich don't have to give a shit about anyone but themselves. And they don't. However I think that if we want to ever believe that our society is "advancing" then we have to try to make fairness part of the equation. As children I think we all get drilled with the idea that you can do or be whatever you want to do with your life, along with countless rags to riches stories of what other people from poor backgrounds have achieved. But the fact of the matter is that almost everyone - no matter how hard they work - ends up living in the same social strata that they were born into. Living in southern California, if you happen to be a thirty-five-year old migrant worker, it is very unlikely that you're going to be able to end up as the CEO of Washington Mutual no matter how hard you try. Unfortunately this is a concept that most people do not want to admit, because it sucks. Everybody wants to live the idea that if you try hard enough you can do anything. But this just gives people in power more and more power, because we're expected to believe that the life we have is of our own doing. If you end up in a homeless shelter because even with two minimum wage jobs you can't afford to live - and who can with the disparity between the minimum wage and housing costs? - then somehow it's your fault and if you really, really worked harder you could change that. Likewise, I don't want that statement to be misconstrued as saying it should be perfectly acceptable to sit on your ass demanding that everybody else pick up your slack, beause it's not. 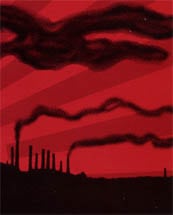 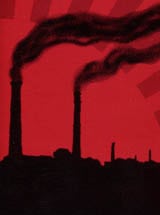 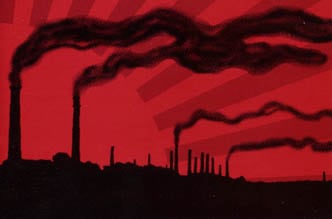