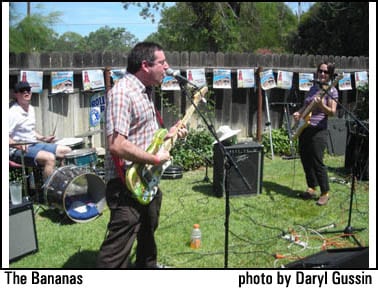 Anyone who’s been to Davis knows that it’s a pretty small town. Located in between the bureaucratic hub of Sacramento and wild nights of San Francisco, it cradles a tight knit community of people who cherish two things that I hold dear to my heart: bicycles and independent music. “More bicycles per capita of any city in the United States,” I don’t know if that’s true, but after spending a couple days walking around the town, I believe it. As for their commitment to independent music, there’s much more concrete proof. 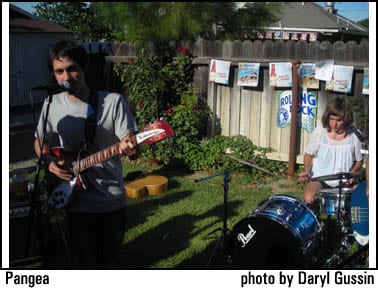 In the midst of the UCD campus lays a radio station with the call letters: KDVS. KDVS is an amazing resource to the community that’s “student- and volunteer-run, broadcasting educational and eclectic material free of commercial restrictions like advertising and record label sponsorship” states its quarterly, free magazine, KDViationsS, “Every DJ has the freedom to play what they want, as long as it adheres to federal broadcast laws. It is one of only a handful of such freeform radio stations left in the country.” What’s so important about stations like this is that they are able to give bands a chance based on their music, rather than their press. And after spending all this time dedicated to independent music via the airwaves, one day a year they put on a full-day festival which they so gladly call, Operation: Restore Maximum Freedom. Containing a roster of bands that greatly vary in musical styles O:RMF is a celebration of diversity as well as the strength of independent music. 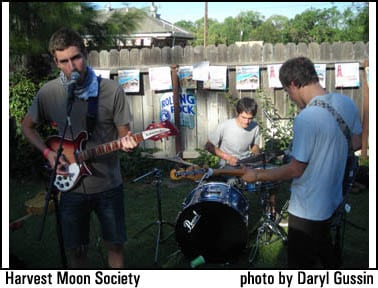 Living about five and a half hours to the south of Davis, I normally wouldn’t think of attending the festival, but this year my friends, The Griznar Music Collective, had been invited to play as well as one of my all time favorites, The Bananas. While a majority of the bands that performed weren’t bands that I would normally watch, it was great to see a group of people who could come together for the day, drink beer, and enjoy music, no matter what style it was. There was everything from the underground hip-hop of Righteous Movement, to the ukulele/sideshow/operatic vocals of Dead Western, to the thrashy pop punk of my beloved Bananas. In the grassy backyard of a bar that sat in between a rural country road and shady irrigation creek, seventeen acts from various locations performed to a couple hundred people who were ready to have their appetites for genuine music fed. And whether or not they enjoyed every single act, they would have to admit that each one was special in its own way. 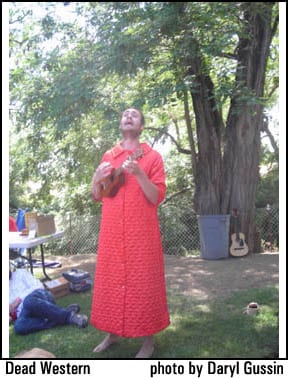 In the middle of a performance that I wasn’t particularly enjoying, I recalled a sentiment that I’ve felt at very few places. It’s one that I almost always reserve for projects that are run out of love and commitment to certain beliefs, rather than profit. It’s the fact that: some bands may be good, and some may suck. But at least I know that if they’re playing here, they’re all down. I’ve felt that feeling at places like the Gilman St. Project, and The Fest in Gainesville, and it’s a feeling I like to feel and I’m glad KDVS has created an environment in which that feeling can be preserved.

KDVS can be streamed online at: http://www.kdvs.org/