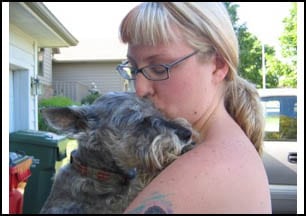 Nice Try God, But Hell, It Is Good To Be Home: Denise's 5th Column

I just moved back to Gainesville, Florida, leaving behind family, friends, and a life which was coming to feel increasingly stifling. Of course, Sioux Falls has its good points and good people, but unless you are a person who is ready to settle down and start popping out babies, it is far from the most desirable place to be. 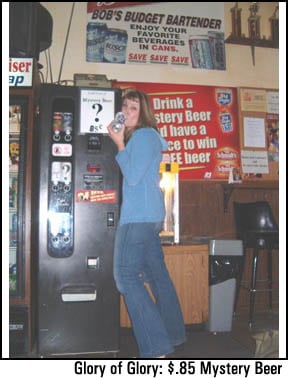 Just before leaving, it seemed as though the universe had sent me a sign, trying to persuade me to stay put. I discovered a bar called The Arrow, which was mere blocks from my usual dive The Top Hat, and features something called Mystery Beer. It is a vending machine located beyond the pool tables containing cans of beer for $0.85. Being “mysterious,” one never knows what they will get. It could be Old Style, Schmidt, Pabst Blue Ribbon, Busch Light, or Ice House. To pull at my heartstrings even further, they deepened the element of gambling by adding permanent markered dots on the bottom of certain cans which are dispersed randomly throughout the machine, indicating that the next one is free. It is really quite extraordinary. The only thing better than cheap beer is free beer—or sex—depending on who you are debating.

Despite South Dakota and God’s best attempt to keep me stationary, I made the executive decision that it was time to resume my adult life (or what closest resembles it), and head back to the Sunshine State. The journey was long and arduous, but along the way I was able to hang out with some stellar individuals.

My first stop was Chicago, where I stayed with my dear friend and former Gainesvillian Rani Lee. J. Page happened to be playing in town that night with New Bruises, so we went to the show and reunited with five of Florida’s finest gentlemen. The show itself was not their most mind-blowing performance, largely because co-vocalist Mike Magarelli blew out his voice mysteriously and was unable to do anything but stand there and play guitar. The recent edition of a third guitar player, however, gave us enough to wrap our eardrums around, and the guttural vocals of Floyd Beckham were sufficient. Fortunately, the evening was redeemed at the bar next door after the show where we drank Old Style while watching the most hilariously awful band, who bore the moniker Heavy Mental.

The next afternoon, I left The Windy City and made my way to Atlanta to hang out with Razorcaker Toby Tober. Over the two days that followed, Toby gave me a highly comprehensive tour of Atlanta bars and introduced me to the Mexican restaurant that has the most potent, yet tasty, margaritas in the universe. After loading me down with tons of new music and giving me a stern lecture about letting my audio exploration lax, we parted ways. I was off to my final destination at last.

In the past three weeks since I have returned to Gainesville, any anxiety I ever felt about moving cross country yet again has been put completely to rest. From the 6/6/6 “Iron Maiden” show on the day of my arrival to shot-gunning my first beer yesterday while playing “extreme croquet” in the rain, I have come to realize that this is where I belong.

Gainesville is a place like no other. It can be petty, gossipy, and hell on the liver, but it is home base. For every asshole one meets here, there are five friends ready to go to the pool or get unnecessarily competitive at lawn games while drinking bloody marys. For every coked-out person who calls you at six in the morning because they saw you talking to their ex at the bar, there are always people willing to hang out until sunrise then shoot the shit over coffee before finally making it back to wherever you ditched your car eight hours before.

This is a phenomenal little metropolis. In essence, it is our Neverland. It is an alternate dimension where friends exist for each other and because of each other; where music constantly crackles in the air. Yes, it would probably be cooler if there was a beach, a major airport, or lucrative employment opportunities, but I will take Gainesville over any other city any day of the week. I guess what I am trying to say here is simply this: nice try God, but hell, it is good to be home.