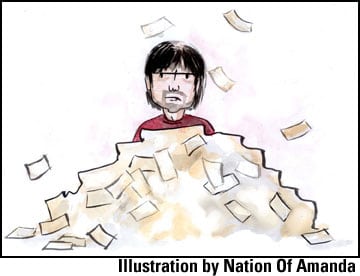 The story starts with Clint Curtis, a former computer programmer for Florida-based Yang Enterprises, Inc. (YEI). Here is his account, as he told it to Brad Friedman in 2004. While working at YEI in 2000, he met with Tom Feeney III, a leading GOP state legislator. Feeney asked him to design “a program that could alter the vote tabulation in an election and be undetectable.” Curtis did just that. He was a Republican at the time and believed that Feeney was looking into the possibility of Democratic fraud. However, Li Woan Yang,the CEO of Yang Enterprises, later revealed Feeney’s true objective to Curtis: “This is for flipping the vote in South Florida.” Curtis left YEI shortly thereafter and, when he reported the election-tampering scheme to Florida officials, they did nothing. As for the program itself, Curtis explains that “it’s real simple: it’s like a hundred lines of code.”

Those are Curtis’s claims, which officials at Yang Enterprises denied through their attorneys. However, both Li Woan Yang and her executive secretary refused to speak to Friedman. Friedman sums up the case by stating that Curtis’s meeting with Tom Feeney is “still largely a he said/he said story.” However, he notes: “The more you look, the more paper trail there is that backs up … Clint Curtis’s assertions.”

For instance, Yang Enterprises has both a history of shady operations and a long-standing relationship with Tom Feeney. When he was speaker of Florida’s House of Representatives, Feeney acted as both YEI’s chief lobbyist and legal counsel. During that time, the company received many lucrative contracts, including one with the Florida Department of Transportation (FDOT). Curtis accuses Yang Enterprises of fraudulent billing in its work for the state.

Those charges are supported by Mavis Georgalis, an official at the Department of Transportation. In 2001, Georgalis reported Yang Enterprises to the inspector general of FDOT for a number of violations. The department fired her. Citing “improper political influence coming down from Tom Feeney,” Georgalis filed and won a whistleblower suit.

In 2004, the U.S. government’s Counter-Proliferation Investigations Unit, a task force assigned “to prevent terrorist groups and hostile nations from illegally obtaining U.S. military products and sensitive technology,” turned its attention to a YEI employee named Henry Nee.  Federal officials charged Nee with “violating the Export Administration Act, conspiracy, and false statements” in connection with illegal shipments of high-tech missile parts to China. In a plea bargain, Nee received the modest sentence of probation and a $100 fine.

The strangest part of the story lies behind the first word of the film’s title. Curtis states that an FDOT official named Raymond Lemme informed him that he was unofficially investigating Curtis’s claims. In 2003, Lemme was found dead in a Georgia hotel room. Local police ruled the case a suicide, but Friedman uncovered a number of discrepancies. While the police failed to answer important questions about the case, Friedman himself acknowledges that the circumstances surrounding Lemme’s death remain unclear. By referring to a “murder,” the title overreaches in a way that Friedman’s careful investigation never does.

In any event, the dangers of electronic voting are beyond doubt. That is especially true when the technology is provided by Diebold, one of the largest firms in the field. The film includes extensive interview footage of Harri Hursti, a top computer-security expert who tested voting machines in Florida. When Friedman asked Hursti if it was possible to hack those systems, the latter replied: “Definitely you can do it with a Diebold—both Diebold platforms.” In addition to problems with computerized elections, the documentary covers other aspects of vote theft. Reporter Bob Fitrakis discusses his groundbreaking investigation into the 2004 election in Ohio, and irregularities in other states receive close attention as well. Murder, Spies & Voting Lies is a useful primer on the threat to American democracy.

The situation has changed since the film premiered in 2008. In one scene, Friedman notes that “approximately 80% of the votes in the United States of America are counted by Diebold or ES&S (Election Systems & Software).” Election Systems & Software is a firm with operations that include not only vote counting but verification of electoral rolls. In 2008, journalist Greg Palast told Razorcake readers about that company: “Every time ES&S gets involved in purging voter rolls, they turn astonishingly Republican.” Former U.S. Senator Chuck Hagel (Republican, Nebraska) once served as the corporation’s chairman.

In 2009, Diebold sold its election software division to ES&S. Some state governments are considering whether that sale violates antitrust laws, which restrict monopolies. If authorities declare the ES&S acquisition legal, a single private company will own much of the country’s voting process.

There is now a growing movement to ban electronic voting in favor of paper ballots. One of the states where that campaign has succeeded is Florida. In the first election held in that state since the return to paper balloting, a challenger defeated a three-term incumbent in the 24th congressional district. The incumbent’s name was Tom Feeney. (Earthworks Films: www.votinglies.com)

Here are sites with more information: