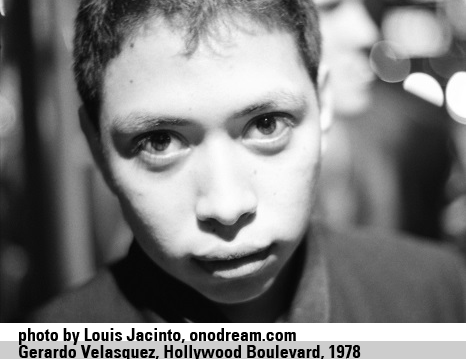 October 1 marked my fortieth year living in Los Angeles. It was 1975 and I had moved from a small town to start my third year of college. The first friend I made was Gerardo Velasquez. He had every Yoko Ono album and so did I! We were both just a couple of kids ready to change the world. Little did we know—to a degree—that would be true. Before the end of 1978, Gerardo started performing in his first band The Snappers—but it was short lived—just one performance. Soon after, Gerardo—along with Michael Ochoa and Edward Stapleton—formed Nervous Gender and turned the Los Angeles Punk music scene upside down. I was really lucky that my first friend in Los Angeles was Gerardo Velasquez.