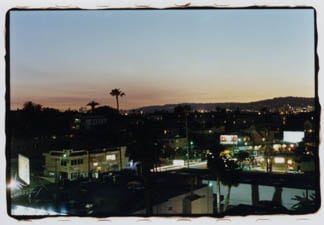 Photos by Katie Rinaldi aka Ratty

It has been some time since I last put anything up on this website. I blame myself and I blame life and I blame the plants that have died in the window ledge. Blame is thrown all over this thing, but it all lands in my lap. It is my fault.

I would like to say that I've been acting responsibly over the past few months and taken care of things. I'd like to tell you all that I have finished my book. I'd like to say that I also built a house and that, while on a trip to Chili, I unearthed a heretofore unknown civilization of people who exhibited cultural advancements hundreds of years before the rest of the world, but that these people had vanished before the knowledge that they possessed could do them any good. In some ways that may prove to be true, but you may or may not understand that the library which currently employs me would not let me off work long enough for any such adventure, and that if they did, the likelihood of me making it past Las Vegas would be nil. So move over faulty dreams and crooked ambitions. Make room for the truth.

I lost all my money via bank fees. I had to write to Saint Louis for money to make the rent. Then, as I paid my rent, I was informed that I had to move. It wasn't an eviction, but more or less a forceful suggestion that I move from the streets of Hollywood proper. I couldn't have been more thankful. I was tired of the conflict. I was tired of the filming of Vice City taking place next door for weeks on end, clogging up the streets, and making my neighborhood feel like the back lot at one of the studios over the hills. It was getting bad. What, with helicopters overhead each night - and not just police copters, which is common throughout L.A. - but the showbiz back-flipping copters and tourist copters which give flyovers of the Hollywood / Highland area, as well as tours of the Hollywood sign. Helicopters all day and all night. And add the five to thirty spotlights each night, which would wave through the sky like scorching hot flashlight beams attempting to singe the wings moths. There was never any parking. The streets were shut down for days while teams of film crews came in and took over the neighborhood. They were trying to get the "dream machine" running. They are bringing to the county the Hollywood that exists only on the pages of magazines and gets crammed in between commercials on ET, or E or whatever show that there is which keeps up with the currents of the tabloid world.

People from other countries see this Hollywood Dream as America. It is definitely American, but it is not the end-all be-all of America. I think some people - both for and against Hollywood - nurture the idea that Hollywood is a direct blah, blah, blah… I don't want to preach these politics. It all feels small and unimportant. 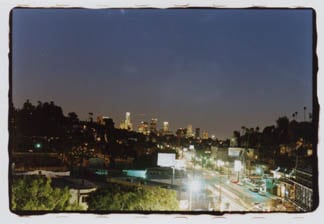 I read the cover of the L.A. Times this morning. It was set to the tune of "17 U.S. dead in heavy fighting: on to Baghdad." What the hell? Who cares about Hollywood and the back lots of dreams? Reality - . Or at least this particular version of it - is more than enough to keep us occupied. I don't know where to go from here.

I moved from Hollywood. I found a five story place in another area of town. From my roof I can see downtown and back over towards my old home in Hollywood. It is quiet over here. There are birds outside my window. I don't have much of a view from there, just a brick wall and some sky. But it is quiet and the sky is grey, and I'm off work today, sitting at my computer, trying to pull back together my life that I left off a few months ago. It's strange how much things have changed. A few months and the world is a different place. I'm not just talking about the bad and evil and saying that because of the war. All the world is ruined. The world is fucked up and poised to fall off the balcony into the streets below. But good things have taken place as well. The fact that I'm able to sit here and type out these words is a gift. A friend of my sent me an email the other day and in it there was a quote. I don't know who said it, but it goes, "The past is history, the future a mystery, today is a gift. That's why they call it the present."

I saw people scream at police over the weekend. There were things said that shouldn't be said to strangers. That's not the way to go about things. I'm not scared to get in a fight. I've got scars to prove it and if that ain't enough then there are other ways. I didn't like what I saw. I felt like I was at a fashion show. Or some sort of carnival. I believe that people should be able to carry on as they please, more so, in some areas, than the law will allow, but I wonder if people think outside of themselves and wonder what they look like to the rest of the country. The areas in-between the cities. I know many people in rural areas that don't support the war but they are confused and scared by the display that people give. My point being, the message is noble and good, but shouldn't it be one to bring people in and not one to turn people away? I don't have any of the answers.

When I saw the first photos of bombs in Baghdad I was taken back by the similarities to LA. All the palm trees and flat landscape. You could have pasted some of the photos with the caption, "Holy-Shit-Hell! Stuff's Blowing up in LA." and it would be entirely believable. I sat on my rooftop and tried to imagine bombs and planes over the city, and the destruction that would surely follow. In the streets below, cars horns honked, taxies rounded the corners, and buses revved. People were rolling in late Sunday night from a long weekend, getting geared and ready to settle down and start over on the next week.

So, as the first months of the new year are behind us, I'm sitting in my new apartment with Albert Collins playing on the radio. I have to say I don't have the answers. Like John Lee Hooker sang, "Everybody equal, but they fightin' both day and night. They killin' each other, over this land, this is they buryin' ground. I don't know why, the people, getting out of hand, this land, is no one land… don't know why they fightin' over they buryin' ground."

The devil tips and smiles,