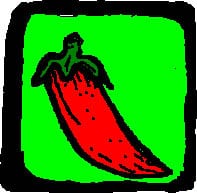 Like the Devil Needs Matches IV: How, in My Quest to Draw Some Meaning from Writing This Column, I Found It in th

How, in My Quest to Draw Some Meaning from Writing This Column, I Found It in the Raw Form of Pepper Spray

I've written a few stories for the website now and have been thinking of some way to string them together. I asked myself, "What would I like to get out of reading this column?" and I answered, "I'd like to feel like I've learned something." But what? I thought about it for a while. I could learn anything: as in "it was a hard day at the office" or how I "can't get shit done," but what the hell would I or you, the gentle reader, be learning from that? Maybe that I lead a completely boring and pointless life? A life full of wasted time? No lessons learned? Nothing to pass on but the stale drudgery of the day-to-day wasting of my fading and miserable life? A little too melodramatic for my taste. I wouldn't want to hear about that crap and would probably not read any further. No, I decided that I'd become an educator to myself and, in turn, hopefully educate (doing dumb shit so others don't have to) the readership of this lustrous web-location.

And so I give you my first in a new triumphant string of stories.

My neighbors had been out of town for a few days. Not much was going on. I had been researching for some stories and taking it easy, soaking in the never-too-hot, never-too-cold southern California weather. It was on one of these almost perfect days that the adage "idle hands are the devils playthings" was to be reckoned with.

I'm not a gardener and what better reason to dive headfirst into a new activity other than the blazing truth that you know nothing about it. You don't need a book! No, sir. You need gusto! You need heart! You've got to get down and dig in that dirt like an idiot on primetime looking for the million dollar grub.

The only thing that I'd ever grown was some cherry tomatoes that I planted in a crisper box which was pulled from a refrigerator. It worked, and I got two tomatoes the size of - well - cherries. The point is that my past record with gardening wasn't much. The idea I had was to grow some potatoes, corn, garlic, and peppers.

I was excited about the corn. I thought that with the corn I would show all these L.A. people how a country boy survives. Corn grown in a bucket. Ghetto-style, that would leave Kid Rock pulling his pudd in the lingerie section of Wal-Marts. The corn required some more planning, but the peppers - more specifically, chili peppers - would earn me the respect and admiration of all who would walk past my door. Hotter than hell chili pepper. Oh yes, I would be some sort of a pepper growing badass.

I got the seeds from an unsuspecting neighbor's untended and dying chili pepper plant. Why not just take that plant and bring it back to life? I thought, but no, that would miss the point. I wasn't a humane shelter for abused plants. No! I was going to grow mine from the dirt. I took one fresh pepper from the neighbor's plant and one that was dry. I tore them open with my fingernails and removed the seeds. I put about eight of them, both wet and dry, about an inch down in some appropriated potting soil. Content with my workings, I sat down with the L.A. Times and a cup of coffee to relax in this weather with the first steps of my garden behind me.

As diuretics have a tendency to do, I soon had to take a whizz. I went and relieved myself and zipped up. As I was doing so, I decided to walk down to the newsstand on the corner and have a look at the magazines. It was around noon when I locked my door and started down the street. That's when, before I had taken ten steps from my apartment, I felt a burning pain in my loins like I'd caught my cock in my zipper and then instead of carefully alleviating the situation, I had ripped my pecker out of the zipper. It had to be that, or else I somehow got razor blades down my boxers and they were slicing me to pieces.

I turned to head back to the apartment, imagining the whole time that my pecker would be ripped open and bleeding. I got inside and unzipped? what the hell? There was nothing visually wrong. No bleeding - nothing! Was this a good sign? I was hurting and scared shitless. Things looked the same as usual. What the hell is wrong with me?! I've caught some L.A. airborne pecker-death! Aaaahhhh!!!!!!!!!!!!!!! Fuck! Fuck! Fuck! Shit!

I lay down on my bed, my eyes watering and my mind racing as to what could be wrong with me.

As a form of torture, this would be unbearable.

My eyes were squinted, tears building up at the corners. One ran down the side of my face. I reached to wipe it off with my hand. As soon as I removed my hand from my face, my eyes started burning. I started wiping more. Then I stopped. I looked at my dirty hands, hesitated a moment, and thought, had I washed my hands? Yes, after I? I touched one of my fingers to my tongue. It began to burn.

Holy shit! It was the chili pepper seeds. I wasn't going to die, but what kind of irritation would this cause if I didn't get it off?

Like lightning, I jumped to the bathroom sink. That wasn't enough, so to the shower it was. I let icy cold water run down my face and crotch. I stood there until I could stand the cold no more.

At first, I thought, I'm a fool and I'll never grow a damn thing. But then it all started to make itself clear to me. I had gotten as close to my gardening as I could at this point. Basically, I'd covered myself in chili pepper after I'd planted them. I now knew the potency which they contained. I envisioned myself as a scientist damaged by his own invention, forever changed by the unexpected experience of the power of his creation. I was not just growing vegetables, I was manufacturing the main ingredient in pepper spray!

I'm sure that there is a lesson or two to be culled from this story, such as wash your hands a hundred times after messing with peppers, or don't steal peppers from your neighbors because karma takes an extra-special dislike to it. Whatever lesson, if any, you take from this, and take it as you may, how or wherever you so chose, but I must let it be known that my peppers died a slow and unwatered death.