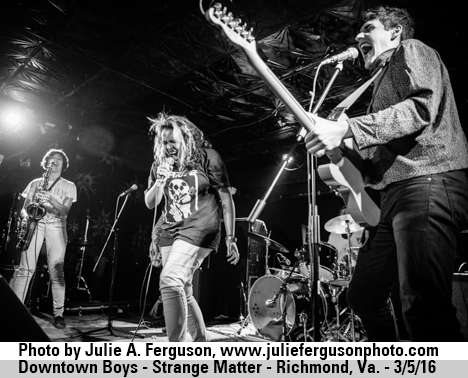 In March I had the pleasure and excitement of catching Downtown Boys play here in Richmond. I had heard so many great things about them so I was determined to make it this time around. Wow, they did not disappoint! Their politically charged sax punk had the nearly sold-out venue going crazy the entire set. They ended it by bringing as many people as possible on the stage and all dancing together. I remember being caught totally off guard and left a bit in awe when they finished playing. Aside from their powerful messages, the sheer intensity and energy of this band’s performance make Downtown Boys a show that is not to be missed!