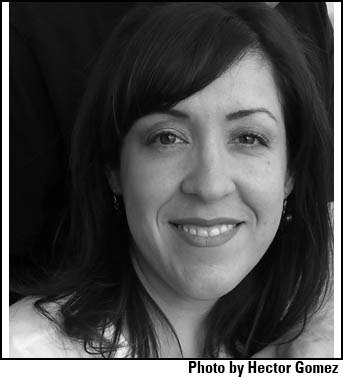 In 1989, Yvonne Gomez, at the age of nineteen, along with her friend Flora, quietly started one of the first independent musical exchanges between East Los Angeles and countries south of America’s borders. It started off with a fan club, a mailing list, and a way “to meet cute boys.” They just wanted to see Spanish language rock music being played in L.A.

Coming from a place of pure fandom—the basic idea of bringing up bands that she truly liked to a place they had never played before and taking good care of them well while they were in L.A.—Yvonne helped set in motion a transnational appreciation of music that has since tidalwaved over many borders.

Over the years of constant grassroots growth and hard work, folks all over Los Angeles were eventually exposed to live music from Latin America. Latin American musicians were, in turn, given the opportunity to play in an area that had never before given them the chance.

It was all DIY.
It was all for the love of good music.
It was done humbly, with handshakes, and just being cool to one another while paying all the bills.

Through the early ‘90s, Yvonne and Flora’s “baby” blossomed into a large festival, included numerous shows, and, most importantly, put an unrepairable crack in the wall between several cultures that are all stronger from the music that now flows between them.

Songs included in this podcast are:
Intro: “Devuelveme a Mi Chica” by Hombres G
Outro: “Pachuco” by Maldita

"Devuelveme A Mi Chica" by Hombres G
They were a band from Spain, and one of the first Latin Rock bands that Flora and I got hooked on.  They're one of the 2 bands pictures on that article in my bathroom.  We were fascinated by this song in particular becuase it uses some pretty foul language, and it pissed a lot of people off in Mexico, so of course we loved it!  I'm going to have to guess, but I think this would have been around 1985.

"Pachuco" by Maldita Vecindad y Los Hijos del 5to Patio (or just Maldita for short)
This was one of the first bands that Flora and I got into that was actually from Mexico.  On a trip my dad took to Mexico, I sent him with a list of records that Flora and I wanted him to buy for us, and the store clerk suggested he also buy Maldita's EP for us based on what he was buying.  The second we heard it, we were floored!  This song is probably their biggest hit and it was the song that got the attention of Janes Additiction who offered them an opening slot on their US tour for Ritual De Lo Habitual.  I'm going to guess again, but I'll say this came out around 1993