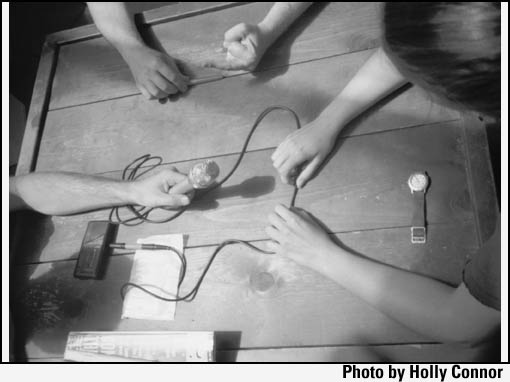 Interview with Tim Yohannan and Jen Angel of Maximumrock’n’roll Part 1: Bad Taste Is in the Majority, Part 1 By Todd Taylor

Maximumrock’n’roll proved a very simple point: One man armed with an insatiable dedication, could change the world—no substantial financial backing necessary. Tim Yohannan has, arguably, had the deepest effect on DIY punk rock since its inception. Although most of the efforts he was involved with were run by committee—Maximumrock’n’roll zine, The 924 Gilman Street Project (a live music venue in Berkeley), and the record collective Epicenter—he proved a major, guiding force in them all. His influence spanned not only San Francisco, but the entire world. His plan of operation was as simple in theory as it was hard to pull off in real life: Stay true to your original principles. With Maximumrock’n’roll, Tim had a strong vision and the backbone to keep a strict monthly release schedule and a tight core of dedicated writers. He kept a massive, complicated machine moving for the better part of twenty years. His lasting legacy went beyond the most coveted punk record collection in the entire world and beyond helping compile some of the most influential international hardcore compilation records of all time. He helped settle the bedrock and ballast of what punk rock itself is today—for better or for worse.

Tim’s policies were enormously controversial. He was one of a small handful of critics in the world whose words people took for gospel when it came to what is or isn’t punk or hardcore. That’s no small feat, and it bestowed MRR considerable power and influence far and wide.
When I was younger, two of the three magazines I could count on getting in the mail, even in the gut of a small town, were MRR and Flipside. I really didn’t see a competition between the two. They were complementary views to similar music.

That’s not to say I always agreed with Tim, but this is punk rock. If you don’t agree with MRR’s policies on covering music, nothing’s stopping you from making your own zine and opening your creative output to criticism.

Many people had their gripes with Tim, often disagreeing with him on his politics or his definition of what would be listened to at MRR. Yet, he was such a deep believer in punk ethics. It was hard to deny him respect. He built so much with his own hands from the ground up. How many of us can say that?

Only months after this interview, on April 3, 1998, Tim died of non-Hodgkin’s lymphoma. My mother  was also diagnosed with the same disease. Before the interview, we talked a little about cancer treatments and how far along his cancer was before it was detected. My mother found out about her condition two weeks before Tim and started treatment immediately. My mother almost died but had a miraculous recovery. It’s such a fine line. Petty differences melt into nothing when faced with death.

Tim, seeing the mortality of his situation, named Jen Angel his successor at the time of this interview, which would be his last. Jen, the creator of Fucktooth fanzine, was tasked with the monstrous responsibility of keeping MRR on the right course. After a tumultuous time following Tim’s death, Jen went on to help form another magazine, Clamor.

MRR continues on to this day.