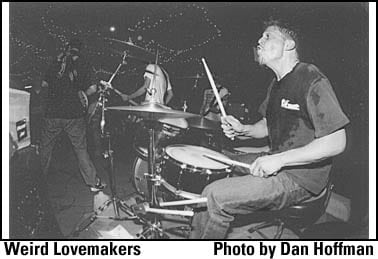 Interview with The Weird Lovemakers: Originally appeared in Issue #03. By Sean Carswell

I know you’ve never heard of the Weird Lovemakers. It’s okay. Most people haven’t. I talk to music fanatics all the time—people who work at record labels or work in record stores or put together punk rock zines or write for this one—and they always ask me, “Who have you been listening to lately?” I always say, “The Weird Lovemakers, man. They’re fucking great.” And all the music fanatics, invariably, pause while they try to decide whether or not they’re going to lose punk rock points by admitting it, but they finally decide to come clean and say, “I’ve never heard of them.” It’s okay. That’s the beauty of underground music. At any given moment, there are a dozen bands out there who none of us have heard of and who are fucking great and we’re just waiting to discover them. I lucked into a Weird Lovemakers live album, “Bigger Than a Cookie, Better Than a Cake,” about eight months ago. It was exactly the kind of album I love—songs that sound trashy but are really well-constructed and vocals that sound so wild and reckless that they hide the incredibly lucid lyrics underneath. Since then, it’s grown like a virus inside of me. I listened to the live album until I realized I was obsessed, then started hunting down their earlier releases like their first Empty Records album, “Flu Shot” and the incredible split seven inch “Four Fiends Who Pose as Friends” [with the US Impossibles on Star Time Records]. I waited for, then snatched up their collection of unreleased rarities, “Back 20” and they’re newest album on Empty, “Must Die.” I started hanging around their web site [www.weirdlovemakers.com] too often. Finally, I found myself in Weirdlovemakerville [formerly known as Tucson, AZ] and hunted these guys down. We hung out for a couple of hours chatting about punk rock, pornography [guitarist Jason Willis works for an internet porn company], drug use, and pop culture. After I typed up that conversation, I realized two things. First, you have to read this interview because the Weird Lovemakers just might be the best band you’ve never heard of, and second, after you read this, you will hate me because my obsession is contagious.

Sean: What are you guys thinking? I listen to your music and it sometimes sounds like four guys are playing four songs individually, but when you put them all together, it works as one song. Where does that come from?
Greg: Improv jazz? [laughs] I thought we were all playing the same thing, weren’t we?
Jason: I don’t know. Are you talking about the disparate kind of stylistic influences?
Sean: Exactly.
Jason: Then that’s a product of the no-veto rule. We all write songs.
Greg: You know how a lot of bands will have the one guy who writes everything? I’ve been in bands like that. We all have, probably. So we have a no-veto rule. If somebody wants to play something, we’ll play it. When we first started out, the first month Hector was in the band, he wrote this norteno song which I imagine a lot of punk bands would’ve been like, “It’s too weird.”
Jason: I hated it for a while. And yet, I continued to play it, night after night.
Greg: And I have a doo-wop song on the “Back 20” album.
Jason: I hate that song.
Greg: A lot of people do. I just had to get it out of me. It’s my Sha-na-na.
Gerard: Well, from the drummer’s point of view, I feel like the songs are hard. That’s why. It’s difficult music to play.
Jason: We all bring a lot of stuff to the table, too. I mean, every band does, but our record collections are all pretty different. Like, if you listen to a comp tape that any one of us makes to listen to in the van, there’s gonna be new wave stuff, regular old punk stuff, show tunes. I like a lot of dub. Gerard likes a lot of ska. So somehow a lot of that stuff makes it into our songs. We’re definitely four different guys writing stuff.
Sean: Do you guys ever fight about the music?
Greg: The music we write, yeah, I guess we argue about it. But I think in a way, the no-veto is what keeps us from arguing so much. I’ve been in bands where there’s one guy who’s like, “We’re not gonna play that.” And that leads to huge arguments, like, “Fuck you, I want to play this song.”
Gerard: I feel like our arguments are pretty productive in that things never get stagnant. We do work through them.
Jason: I think the arguments have diminished, too. If you listen to the early stuff, it’s definitely like, here’s the new wave song, and here’s the ’77 Brit punk song. Now there’s an overall sound that we have. I mean, there are still some oddball tunes. A lot of them are on the “Back 20” album. That’s definitely the weirdo album. We did a bunch of stuff that we wouldn’t include on a straight rock album.
Gerard: Yeah, that’s our oddball album.
Greg: But the things we do argue about are really dumb. The biggest arguments we’ve ever had—I think one of them was about three being the magic number. One of them was about the definition of the word scatological. We were in the studio…
Jason: [laughs] We wasted an hour…
Greg: We were arguing for about an hour over this. Getting really heated. Probably more heated than any time we ever argued about the band.
Sean: So what is the definition of the word scatological?
Jason: Greg was right.
Greg: We both understood what it was, but let’s not get into it again. I’ll cry.
Sean: So you guys are all, what, early twenties, right?
Greg: Yeah, right. 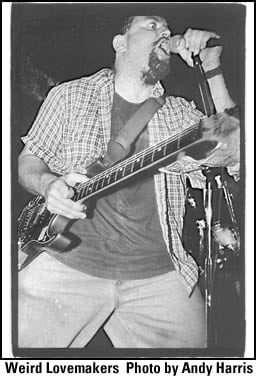 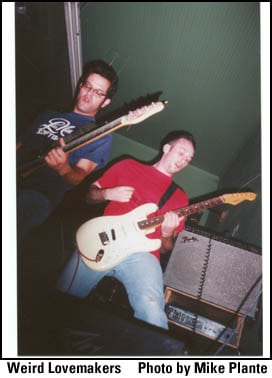 Scatological: preoccupied with excrement or obscenity