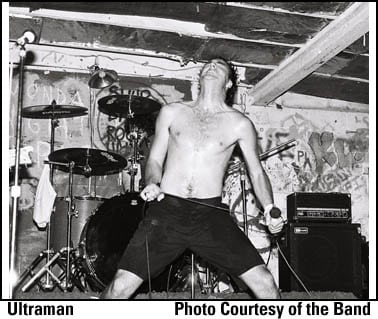 Interview with the creator of The Outhouse The Film: By Tim Jamison

A new documentary is being made about one of the most unique punk rock venues I’ve ever heard of, The Outhouse. It was a concrete block building in the middle of a cornfield about five miles outside of Lawrence, KS. Between 1985 and 1997 it hosted hundreds of touring punk rock bands— SNFU, DI, Toxic Reasons, GI, Naked Raygun. Pretty much any punk rock band on tour at the time had to play there—along with plenty of local bands. Brad Norman is making a film about this place, having already interviewed Kevin Seconds, Vinnie Stigma, Roger Miret, Joey Shithead, Ian Mackaye, Tesco Vee, and several local band members, promoters, and patrons of The Outhouse. He has assembled two trailers, which can be seen on a Kickstarter page he has created to raise funds to continue his work on the film. I’m personally stoked this story is finally being told since it seems every book or film about punk rock skips the Midwest entirely or only gives it brief mention. The Outhouse was such a big part of my life from 1987 through 1991. This film will fill in that gap of information about a space and time that is very close to me. –Tim Jamison, St.Louis, MO

Below are a few questions that I sent to Brad about the film, its making, and his search for support to get the film completed.

Tim: How long have you been thinking about doing this film?
Brad: I have been going to school and studying film for the last few years. A friend of mine—actually last summer—suggested I commit myself to the project. A week later, I put the website together with about fifty flyers to start with and have not stopped since.
Tim: What made you finally decide it was time to do it?
Brad: I did not really know what the reaction would be like towards this film. I just knew I had time and the willingness to do it. After going public with the website and making a Facebook site, it took off. People just started flooding the site with memories of The Outhouse, flyers, and photos. That is when I knew I was on to something with real potential. 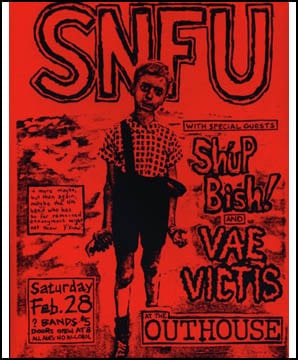 Tim: Did you get more or less flack from people than you expected?
Brad: Nobody has been giving us flack. We have not even had anyone we have reached out to even tell us to buzz off. Everyone we have approached remembers The Outhouse and has wanted to be a part of this. We are still waiting to hear back from Ice T—not even sure if our contact info is legit—but Body Count had a very memorable show at The Outhouse. The film is interviews, but will also have lots of live footage from a number of different people. We had a friend, Shawn Frevele, donate a box of video that had never been uploaded onto the internet, along with about eight or nine more people who have shot video over the years. All the flyers and photos and video have been dragged out of people’s closets This really is the right time to do this movie.
Tim: Have you discovered anything so far that you didn’t know about The Outhouse or that really surprised you about it?
Brad: I grew up going to The Outhouse. I first went there in ‘87 and I already knew what The Outhouse was. There were so many people doing shows out there at the same time. It’s hard to find out who was in charge. This film is about a place that a lot of us in this area found where we belonged. The surprise is that it was there for so long, existing under the radar, and the place never got shut down. 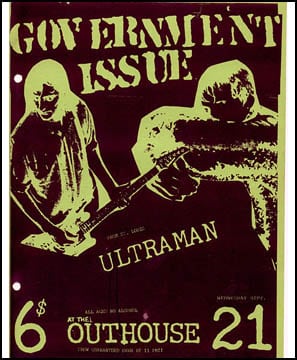 Tim: The Outhouse was like no other punk venue. This was a truly unique place. It was isolated. You did not walk by The Outhouse by mistake. It was not next door to a Starbucks. If you were out there you—like it has been said—you had to have friends. It was not the safest place, but you could sure have a lot of fun if you could take it.
Brad: You can reach us through our website http://www.theouthousethefilm.com/. If we are going to be in your town filming interviews and you want to be a part of this, we will announce where and when we will be filming as soon as we get the dates confirmed. So many Outhouse regulars are spread out all over. People moved to Lawrence because The Outhouse was there and people left when it was gone. It was that kind of place.