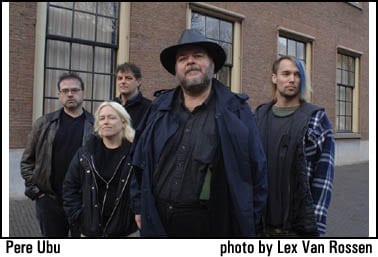 Interview with Pere Ubu: The band was doomed from the beginning. But that’s all right. By Ryan

With the exception of The Fall, Pere Ubu is the most prolific—and possibly best—band of the last thirty years. Like The Fall’s Mark E. Smith, the one constant in Pere Ubu is front man David Thomas.
Pere Ubu was formed from the ashes of proto-punk group Rocket From The Tombs. Rocket was fucked up; the members were neglected kids from an industrial wasteland (Cleveland), hopped up on White Light/White Heat by the Velvets, and this motley crew of characters—from the erudite David Thomas and Peter Laughner to the silly Cheetah Chrome and (brief member) Stiv Bators—certainly sounded like its makeup. Burning up in less than two years, Thomas and Laughner formed Pere Ubu with the intentions of releasing a couple of singles, playing a few shows, and calling it a day (anarchism and situationism abounds, although I’m not sure if David Thomas “thought in those terms”). Um, they didn’t. Laughner—still one of the most underrated proto-punkers in rock’s useless history books—ended up getting the boot from Ubu in late ’76 (he died of alcohol-induced pancreatitis the following year). David Thomas (along with guitarist Tom Herman, keyboardist Allen Ravenstine, drummer Scott Kraus, bassist Tony Maimone) continued on, releasing one of the best albums of the late ‘70s (Dub Housing). Thomas spent much of the ‘80s oscillating between a solo career and Pere Ubu. (And while a poor Pere Ubu album doesn’t exist, I’d recommend picking up Cloudland first from Ubu’s ‘80s work.) The ‘90s were much like the ‘80s: Ubu was disbanded then reformed. Solid albums continued. In approximately 2003, Rocket From The Tombs reformed (with Television’s Richard Lloyd taking over for Laughner); an official release of Rockets mid ‘70s demos was put out that year, demonstrating just how good the band was (particularly Laughner—the autobiographical “Amphetamine” is a lost classic). In 2006 the band released Why I Hate Women. Like my step mom’s homemade cooking, it’s fairly sublime.

Ryan: Before you did Rocket From The Tombs, you were primarily recognized as a rock journalist. I know you had a deep love of rock music. What galvanized you into starting that?
David: Well, I didn’t come to it from a deep love of rock music. I had dropped out of college. And I knew these guys that were working at an Entertainment Weekly sort of thing—you know, theatre, music, and arts stuff. So I got a job doing art layout. And those were in the days of the wax tables. I don’t know if you’re old enough to remember wax tables. They used to do these things where they’d print off the columns of copies and you’d cut them up, put wax on the back, and assemble the pages on a light table. And so during all this process I would end up—and it’s terribly fiddly: you’ve got razorblades and if you change anything you’ve got to cut up little pieces of words and move them with wax on the back. And so I would be reading this stuff as I was laying it out and it was all really badly written. So I would start correcting it. And this just irritated the hell out of everybody. So they said, “Well, why don’t we make you the copy editor, you know, since you seem to be the most literate person here and you can spell.” So I did that. But then I started rewriting the copy massively. The thing would totally be rewritten. They said, “Well, why don’t we all save ourselves some time and aggravation? Why don’t you start writing this stuff yourself?” And so I thought, “Oh, okay.”
They gave me albums to review and I started getting into it. And that’s how I got into music in the end. Over two or three years I developed some strong opinions about music and eventually I got to the point where I was saying to myself: “Well, if I’m so smart, I ought to just do this myself, y’know?” And there we go. And here I am.
Ryan: You were hanging out with Hells Angels. They brought you the more sordid rock music. It was kind of like Lester Bangs. (Lester Bangs—revered rock critic, died in ‘82—hung out at a neighborhood Hells Angels pad in his late teens, sometime in the mid ‘60s. There, the dorky, slightly pudgy record collector/critic formed something of a friendship with the biker gang over a shared affinity for Rolling Stones and Stax records. It didn’t last long. After observing an Angels gang rape—something that haunted him for life—Bangs disassociated himself with the group.) 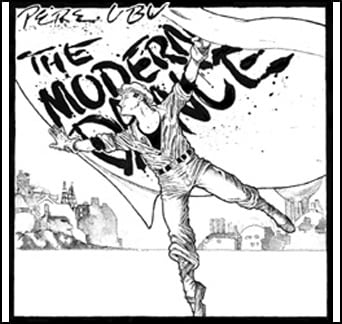 David: I can’t remember that. I’m not sure I was hanging out with them. I was the doorman at one point at a bar, and I always had to deal with the Hells Angels. We had a policy of no colors or something. And it happened to be a particular place where bikers came a lot, for some reason. It was a music bar. I can’t remember. It was a long time ago.
Ryan: During that period (early/mid ‘70s) you developed a critical ear for music. What really galvanized that? Just being involved in that writing process?
David: Well, no. I had lived for a while in a sort of White Panther/Weatherman-ish commune when I dropped out (of college); because I had some girlfriend who was one of them. And I remember distinctly that we only listened to three albums, mostly. And the three albums were the original Smile album (Beach Boys), Curtis Mayfield’s Superfly, and Kick Out the Jams (MC5). The first records I ever bought were Uncle Meat (Frank Zappa) and Captain Beefheart. I bought Uncle Meat and then I bought Hot Rats (Frank Zappa) and I heard the singer on it and I thought, “This guy’s good.” And so I went out and in a week and bought everything Beefheart had done up to that point. So I had some musical appreciation before I started writing, but it was really of a very particular kind. I listened to Beefheart a lot; I though he was great. I didn’t know it was supposed to be weird or anything. And the same thing at the White Panther—it wasn’t really a White Panther house; it was sort of a Cleveland derivative—I just remember the records not being pigeonholed. The Beach Boys were considered as hip as the MC5. I still wasn’t deeply into music. It was just that I liked that stuff. And I didn’t know it was supposed to be anything other than the way normal stuff was supposed to be.
Ryan: And did you feel a connection with the MC5, seeing as they were working class youths from a fleeting industrial city like Cleveland?
David: I didn’t perceive it as a working class thing. It was just really cool rock music. It was very exciting.
Ryan: Getting Rocket From The Tombs together, it seemed like that really solidified when Peter Laughner joined the fold.
David: Well, he was the best musician that I had worked with. I remember running into him at a sort of folk club. And he knew who I was because I was sort of known at that time (through Thomas’ writing). And he came up to me. He had heard that I had this sort of band with other people at the newspaper; that it wasn’t a serious band—I don’t mean that it was comical, it just wasn’t a serious band—but he wanted to play with me. So it developed from there.  Once he got into the band, it was clear that there was this big difference of quality and ability, within him and everyone else. And the band began to change. People began to leave or be kind of pushed out. And it transformed itself into what is considered the classic version of Rocket, which really only lasted about six or seven months.
Ryan: And you were familiar with Cinderella Backstreet (Laughner’s previous band)?
David: I had seen them. Yeah.
Ryan: You and Peter saw Television really early on…
David: Not me. Peter.
Ryan: Oh, just Peter.
David: I didn’t see them until they came to Cleveland.
Ryan: Oh, okay.
David: I think. I can’t remember. I don’t think I saw them till then.
Ryan: As an outsider looking in, there seemed to be camaraderie there, like you were two bands on the periphery: too erudite for your own commercial good. I remember Tom Verlaine said that he had a deep respect for you in an interview from ’79, that you were the only band or individuals doing anything interesting at that time.
David: Yeah, I didn’t really know those guys. Peter was really buddies with them. And I didn’t really like anything from New York. I just didn’t like New York or their scene. I was really into doing our own thing. And Peter had sort of—not a slavish, but too much of a puppy dog sort of added enthusiasm—for it. And that kind of put me off. So I never wanted to go to New York. Peter was the one who said, “Oh, come on. Let’s go to New York. Let’s play New York.” And I would go, “Ah…” So he was much more into it than I was. He was the one that brought Television to Cleveland; or at least strong armed the promoter to bringing them in; nagged him more like it. 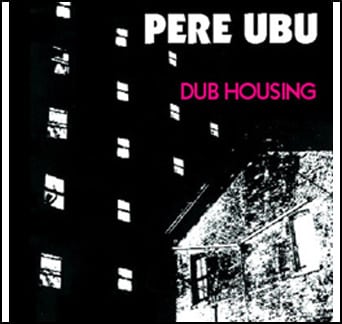 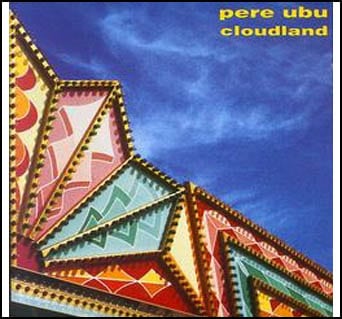