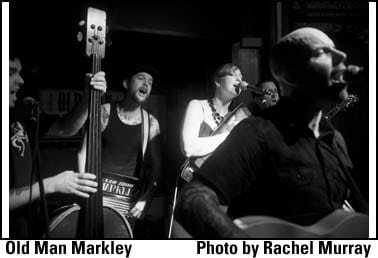 After being to my umpteenth party that ended abruptly when a kid picked up an acoustic guitar and started whatever alterna-rock hit was popular at the time, I decided at the tender age of sixteen that live instruments ruin parties. I would loudly groan and insult any ass-clown that would pick up a guitar and try to woo potential drunken mates for the evening with tortured rock ballads at an otherwise raging party.

Joey Balls, bass player for Old Man Markley, made me throw that rule in the trash. If you’re ever lucky enough to be at a house with a piano where Joey Balls has been drinking, chances are you’ve heard him bang out Descendents and Dillinger 4 songs like they were Billy Joel piano bar songs. If you’re super lucky, maybe you’ll actually find yourself at Markley Manor where at least half the band, Old Man Markley, lives. At Markley Manor, you will see several members of the band and their friends and family leading an all-out rock show in a suburban Van Nuys living room. The entire party will explode into song. If you don’t know the song, you’re clapping or whistling along. If you do know the song, for that evening you’re the forty-seventh member of the usually nine-piece band.

Somehow, Old Man Markley is able to bring this energy to every one of its live shows. There is a party on stage and you’re invited. At the end, you’ll be sweaty, sore, drunk, and hungover at the same time and have eighteen new best friends for life—or at least the next show.

Old Man Markley takes what makes bluegrass sound a little punk and amplifies it. The songs tend to have a stomping pogo rhythm and shouting gang choruses reminiscent of the pop punk most of us grew up on. However, the finger picking of the banjo and the swaying melody of the fiddle makes the listener know that this band has done their traditional bluegrass homework.

I got to talk to Ryan Markley, John Carey, Joey Balls, and Annie Carey at Markley Manor in their brand new bus. What follows is our conversation.

Joe: When did you get the bus?
Johnny: About five weeks ago off Craigslist.
Johnny: It was already in the process of being converted into an RV, so we got it for a very good price. We’ve been working with friends, family, and the cheapest labor we could find to keep this thing cheap. We’ve put in a lot of time. Our friend Mel helped us with the welding inside. Now we have a capable vehicle to take us across the country
Johnny: It’s from KingCounty—Seattle, Washington. They still use this bus today, so we’re going to be going through Seattle and I’m curious to see how people react.
Joe: Are you going to pick people up?
Ryan: We’re going to try to use their refueling station.
Balls: Joe, Have you seen this? [Pulls “stop requested” cord and a bell sounds.]
Johnny: Yeah, the stop request still works.
Joe: What about the thing where you put your destination in front?
Ryan: We’re going to put the name of the tour.
Johnny: On the marquee, we’re going to have Alex Z (mandolin player, resident artist) do some work. We actually have some billboard holders on the side. We’re trying to sell ads to support our drinking habits.
Balls: Jameson.
Joe: It isn’t a school bus, though.
Ryan: It is diesel. The engines last 400-500,000 miles without any service.
Johnny: It’s been a project. It’s kind of taken over Old Man Markley for the last month. We’re ready to go out and have a really nice place to be rested. We’ve toured with RVs in the past and it works, but this is like everybody’s got a place to actually kick it and sleep.
Balls: We’re a nine-person band. We can’t just jump in a van with equipment. It just doesn’t work. We’ve taken separate cars and we’ve always wanted to do a certain amount of touring. Now we have this beast. The first thing we wanted when we got a record deal was to tour and to have a vehicle to do it in, so we made this beast.
Johnny: The reality is that if it wasn’t for our recent signing with Fat—Fat Mike can see that it works; punk kids have always totally accepted Old Man Markley—this tour would have been a dream. Now we have some serious tours coming up. I expect to use this a lot in the next coming years. We were able to take what we have and use it wisely. I saw the Bouncing Souls with their setup, but there are just four of them, though, so it was like we had a whole different deal. I can’t wait for everyone to see it. I think they are all going to be jealous, if you ask me. 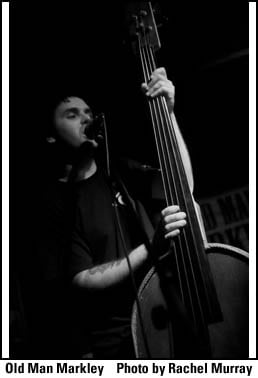 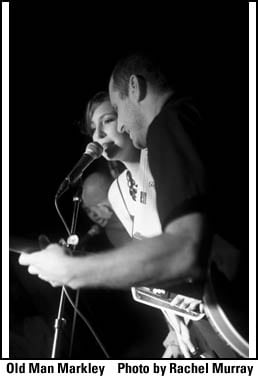 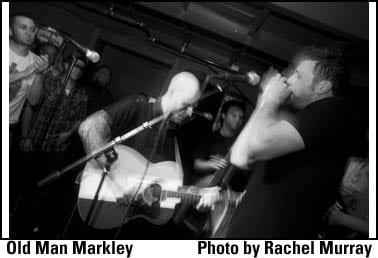