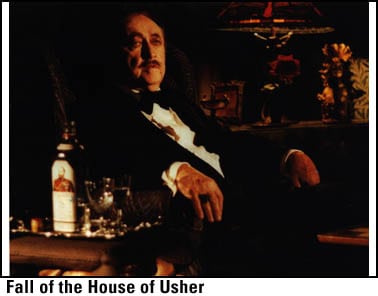 The following interview with the late Curtis Harrington originally appeared in a fanzine called Halloween All Year (HAY) released several years back by my good friend Gib Strange. Gib released only one issue ofthe zine due to financial constraints. Of all the interviews Gib conducted for HAY, this one is my favorite. The history Gib digs out of Harrington on Hollywood’s Golden Era is amazing. It’s all there—from the magnificent (James Whale and Josef von Sternberg) to the infamous (Jack Parsons and Kenneth Anger). . Harrington blazed his own path as a filmmaker and wasn’t afraid to break from the underground film movement when he found it too codified for his liking. Gib’s love for Curtis has always stuck with me. By all accounts, Curtis was a dear man and I hope the following interview renews and broadens interest in his work.– Ryan Leach

The secret language of visual poetry in film seemed endangered with the advent of sound. Yet, in the midst of 1930s dialogue-driven plots, mysterious and striking moments created by filmmakers such as James Whale and Josef von Sternberg persevered and left an indelible impression on a young Curtis Harrington. As the American avant-garde film scene of the ‘40s began thriving, a teenage Harrington began making experimental films, including his breakthrough short Fragment of Seeking. It was rejected by his professors at USC, but Fragment of Seeking is a key piece of the early L.A. underground film movement.
Harrington independently raised the money to make his first feature Night Tide, a moody Val Lewton-inspired suspense picture starring Dennis Hopper. Many studio films followed in the ‘60s and ‘70s including two pictures with Shelley Winters, Whoever Slew Auntie Roo? and What’s the Matter with Helen? The latter is a personal favorite of Harrington’s. The film cast Winters and Debbie Reynolds as the mothers of two convicted murderers in the 1930s. To escape threatening phone calls, they start over in—where else?—Hollywood. Reynolds, now looking like Jean Harlow, teaches the daughters of ambitious stage mothers to dance, while bible-thumping Winters accompanies her on piano. Things are beginning to look up for Reynolds when Winters plunges into madness, taking those she loves with her. Harrington directs with all the gloss of the period he knew well, mixing iconic imagery like the starlet dance routines with the horrors of Helen’s paranoia. He managed to keep the sickness subtle, lurking just beneath the surface.
When I met Curtis in 2004 we had a great conversation about the films he made and the people he knew along with his disdain for an increasingly committee-based film industry and the frustration he experienced with unreceptive American audiences. We also found ourselves recalling transcendent moments from film history that exist in works such as What’s the Matter with Helen?, but wasn’t written in Henry Farrell’s script. Curtis had devised it himself. He turned in the first cut of the film knowing the producers would chop anything that didn’t drive the story forward. He made his pitch for the scene that was terribly important to him. It was a sequence in which one of the little dancers is standing with her mother on the sidewalk when she suddenly sees a little person walking by—an old woman who stops and smiles at the bewildered child. Her mother scolds the girl for staring as we watch the child observe, for the first time, an adult who is her height. It is an inexplicably strange scene that would have made James Whale proud. That such moments meant so much to him is one of the things I loved about Curtis.

Interview by Gib Strange
Photos courtesy of the interviewer

Gib:Did you grow up around Los Angeles?Curtis: Yes. I was born right here in L.A.
Gib: What did your parents do?
Curtis: My father was an attorney and my mother was a housewife. When I was nine years old we moved to a town called Beaumont (in Riverside County). Have you heard of Beaumont?
Gib: No.
Curtis: I’m not surprised. [laughs]
Gib: When did you know you were a filmmaker?
Curtis: I wanted to be a filmmaker from about the age of twelve. I got my parents to buy me an 8mm camera out of a catalogue. I then got a job working as an usher at the local theater. I would see films over and over again.
Gib: The first film you made was in your early teens, an adaptation of The Fall of the House of Usher.
Curtis: I did a version of The Fall of the House of Usher—a little 8mm film—when I was fourteen. To say that it’s crude is putting it mildly. I don’t like to show it. The only time I’ve shown it in recent years is when I took my new version of The Fall of the House of Usher to the Munich Film Festival about two years ago. They begged me to show the earlier version of it.
Gib: And you gave in.
Curtis: I gave in. People like the idea of seeing a film that I made when I was fourteen, then seeing a different version of it at 104 years of age.
Gib: [laughs] Did you go to film school?
Curtis: Yeah. I went to USC. For someone like me, it was largely just going through the motions. I made my first films—one of my key films— Fragment of Seeking when I was at USC. My friend at that time, Kenneth Anger, made a film called Fireworks. Both of these films were very personal so USC had nothing to do with them. I remember when I showed Fragment of Seeking to a couple of USC professors, I might as well have shown them a blank screen for all the reaction I got. The film was just meaningless to them. It’s a film that’s created a lot of interest over the years. Generally speaking, my work has been much better understood and appreciated in Europe than in America. In Europe, I get instant responses to everything I do, even the new version of Usher. No film festival has any interest in it here in America. But in Europe I’ve already been invited to several marvelous film festivals and everybody loves it and they write about it. The separation from the European mentality and the American one is weird. They have no interest in artists in the States. When I went to USC film school, you talked about Citizen Kane; you didn’t talk about Doris Day in The Glass Bottom Boat. Everybody wanted to do something different back then. Now people go to film school to learn how to make very commercial movies, real Hollywood stuff. That’s what most of them are in there for; they want a hot job. And today they have plenty of opportunities to make these utterly inane teenage movies. Do you know what I’m talking about?
Gib: The target audience is bored fourteen year olds with too much of their parents’ money.
Curtis: Yes. Steven Spielberg makes his films for the same audience. 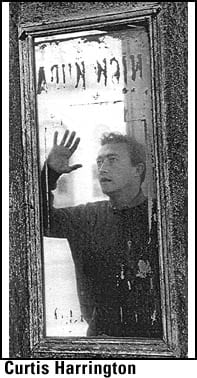 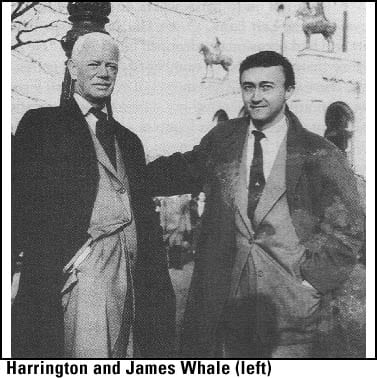