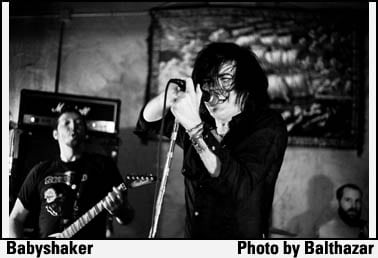 What a difference the passage of time makes! When Babyshaker started up in my city of residence (Charlotte, NC) in the tail end of 1998, I wrote them off. They were a “party band” to my eyes and ears. Party bands can be fun live but don’t usually make music you find yourself putting on at home. Party bands also don’t stay together very long unless they’re making ridiculously good money. Fast forward to 2010 and Babyshaker are still together with the same four members they started out with. They’ve just put out a new album, the ironically titled Legendary and only their second album ever, and I find myself playing it unprompted at home and in the car. And while I’m not privy to their take-home-from-the-gig pay totals, my most charitable guess is that they might make enough to pay for the practice space they share with another band or two. In other words, they’re not in this for the money. I recently sat down with Babyshaker’s lead singer Scott Weaver for a chat. 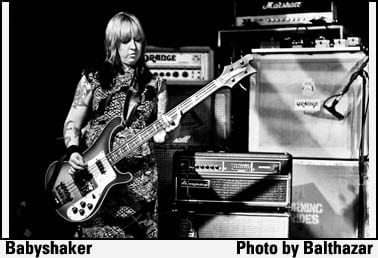