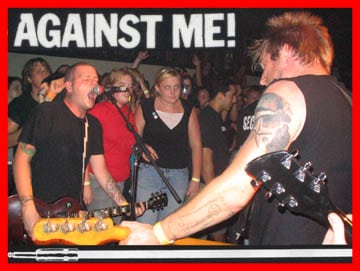 Interview with Against Me!: Monkey Knife Fights and Buckling Floor Beams By Todd Taylor

In most cases, there are certain inevitable mistakes that are usually made on a band's second album. Everything from growing self-consciousness, improved playing technique, and the presence of a better studio can dilute the impact of an album. That said, I was floored at how much different yet the same ...As the Eternal Cowboy is compared to Reinventing Axl Rose. The mistakes I'm so used to hearing in sophomore jinx albums just aren't there. For the uninitiated, here's the unmolested template for Against Me!: acoustics are the core, wrapped around vocals, guitars, and drums. Basically, what could be done at a punk barbecue, all revved up and written impeccably. Anthems that you're not ashamed to sing, that sort of thing. Although there's been some minor backlash with bands like Against Me! and This Bike Is a Pipebomb being accused of jamboree punk, picking up the (Young) Pioneers banner that many wish would have remained buried, I just hear a great band, not afraid to listen to a broad swath of music. Hats off.

Interview and photos by Todd 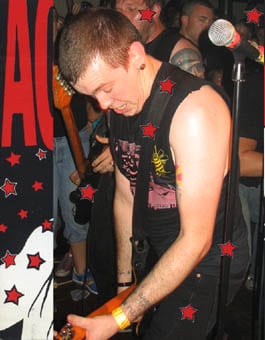