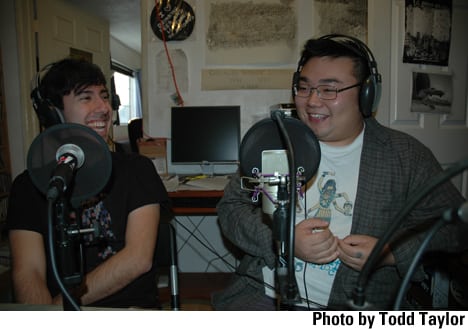 Beneath the dual guitar harmonies and deliciously sappy lyrics, Summer Vacation is a band that faces the challenges of independent punk head on. Whether it's setting up shows, working on zines, or releasing records, they really seem to understand that punk can be more than just plugging in a guitar and locating the distortion knob. A perfect example of getting out of punk what you put into it.

Wanna play shows with bands you admire?: set them up.

Want an outlet for your thoughts?: make a zine.

Wanna be included on an amazing comp?: release it yourself.

Simple ideas that have plagued uninspired punks for decades now.

When we were approached about helping release their debut LP, we couldn't have said yes faster. It's the perfect addition to the Razorcake Records catalog; challenging, heartfelt, and ridiculously melodic. Because of the release, it just doesn’t feel right to run an interview in the magazine, so why not just record a focused conversation and post it on the site? Well, here it is. Todd and I sat down with Sean and Mark and discussed some of the less obvious aspects of being a legit punk band in 2013.

This is what happens when three bassists and a drummer form a band.