I have always had a soft spot for the Big Boys, for they embodied for me the "punk" ethos more than any other band in the scene's history. While others have ranted, proselytized and incessantly tried to narrow definitions and identify who was and wasn't "punk," the Big Boys eschewed such pointless debate, defied all the pigeonholing and just were. 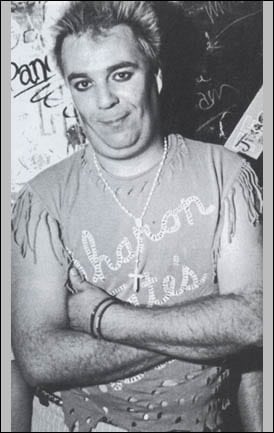 Their approach to punk rock was about as anarchic as it gets, with music ranging wildly from hardcore to art damage to pop to funk to even dipping their toes in hip hop back before it became mandatory to do so if you wanted to hear yourself on the radio, and every album cover and flyer was an artistic endeavor as well as a means of communication. They made you think without resorting to shoving dogma down your throat, making sure you were aware of what was happening both inside and outside of punk's insular world without forgetting that rock 'n' roll is supposed to be fun. Rather than cop a "rock star" ego trip, they openly encouraged others to join in the fun and add their own personal stamp on the proceedings, an attitude best expressed by the phrase with which they ended their sets and placed on their releases: "Go start your own band" - don't copy what we're doing, show us what you've got; don't stagnate, create. And create they did - some of the finest recorded music, punk or otherwise, to come out of a very volatile period in American music.

Their live shows were the stuff of legend, with stories abounding and photos documenting gigs that, in today's era of punk-as-a-viable-career-move, seem almost surreal: wild, dadaesque free-for-alls blurring the line between band and audience to nonexistence. When they weren't dressing as Klansmen in mockery of the dreaded "frats" that went to the nearby University of Texas, they were opening for Grace Jones, or wearing record-shaped costumes or some other get-up to coincide with whatever theme had been dreamed up for the evening's festivities, all the while declaring "life is just a party," extolling the virtues of skateboarding, and preaching the gospel of fun. 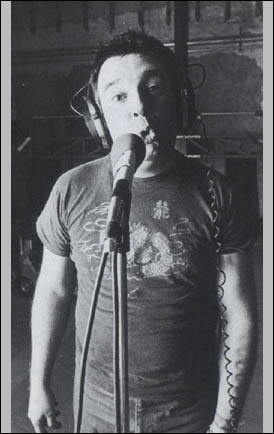 At the center of it all stood Randy "Biscuit" Turner. If the Big Boys embodied the punk ethos, Biscuit embodied the free-form artistic anarchy that was at the Big Boys' core, assuming the role of "lead singer" only to subvert it, up the ante that much further, and ultimately turn punk itself into art. The photos collected in the Skinny Elvis and Fat Elvis CDs show a variety of stage personas - psychotic clown, mummy, harried housewife, nut-job in a strait jacket - all of which serving the dual purpose of being still another creative outlet and a sly way of challenging punk's "rules," which at the time were becoming increasingly regimented. He was a rabble-rouser of the highest order, one who made being unique in a world that rewards conformity seem alluring. "Biscuit was always singing when he would skate or riding his bike in crazy outfits," Big Boys bassist Chris Gates recalled in an article by Joe Gross on the "Austin 360" website. "When we started the band, it was like, 'Let's get the guy in the gold choir robes who's riding around blessing people at the 23rd Street Market.'" 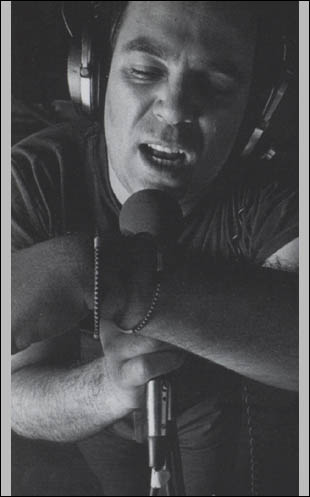 One memorable L.A. show featured Biscuit performing in a pink tutu. Nowadays, such acts of subtle sedition seem quaint; but put it in historical context - a violent early '80s hardcore punk scene with an often homophobic bent lurking in some of its darker corners - and it becomes a pretty ballsy move. No doubt his facetious challenging of gender roles rankled a few feathers among the more boneheaded; one need look no further than the infamous story of what transpired when the Bad Brains stayed with the Big Boys while visiting Texas to find evidence that even in a subculture that prides itself as a haven for freaks and outcasts of all stripes, intolerance can still be found. Biscuit never denied being gay, but he also never let it become the sum of his existence nor the focal point of the attention he received. He wasn't a "gay punk," he was just Biscuit, and his personal sexual orientation was a non-issue, like being from Duluth or something, which was as such things should be viewed in all of society - a subtle, yet profound statement, not shoved down your throat, but planted and left to grow. He continued to push against punk's boundaries with each of his successive groups - from Cargo Cult to the most recent, Texas Biscuit Bombs - with the same kind of creative capriciousness, social awareness and propensity for costume changes he wielded so effectively with the Big Boys.

Biscuit's recent passing marks the loss of one of punk's truly unique voices. He was a supremely charismatic front man able to alternately croon like a bluesy, male Ana Gabriel or howl like he'd ingested razorblades with a flaming rubbing alcohol chaser. He was a uniquely talented artist, whose Daliesque works are a psychedelic hodge-podge of hues, hot rods and doll parts. Most importantly, he was, by all accounts, a singularly nice guy - supportive of the efforts of others, was cherished as a friend by those who knew him and influenced innumerable fans and musicians alike. Texas Music Office director Casey Monahan described him as "a kind, creative, loving and funny man without a trace of meanness - even when he was tossing refuse at fans from the Club Foot stage. His DIY ethic was tempered by his own sense of always trying to do right." 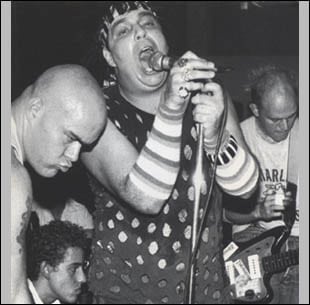 And yet, despite the decades of reverence afforded him and his band, he viewed his own significance in the punk pantheon with a level of humility rare among many of his peers: I wrote a column about the Big Boys, entitled "The Greatest Band Ever to Walk the Earth," for another magazine a few years back. I received a letter from Biscuit not long after it was published, along with a picture of him dressed as a clown, wherein he thanked me for all the nice things I said about the band, but added that he felt the Minutemen were more deserving of the title.

Another longtime friend of his recently said that Biscuit viewed life as a work of art and lived it accordingly. I think we all would do well to learn from that example. As a subculture we are both the worse for losing him and the better for having been able to count him among our ranks. Let's hope that wherever he has gone, it is a colorful, fun place where such an inimitable personality as he will be appreciated and revered, and has all the music, boards, bowls and half-pipes he could possibly wish for. 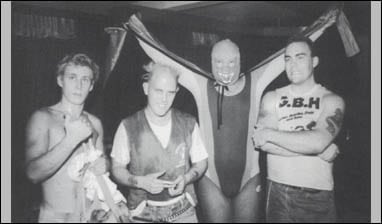