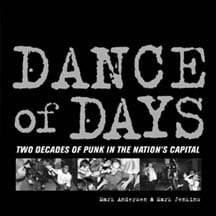 Ignore the Consumer, Consume the Ignored: The Second Column by Greg Barbera

So much to get off the chest; so little time.

Should I start off with the knucklehead who ruined my Fourth of July when the dog-fetching asshole threw a piece of timber in my general direction, hitting the stroller of my 8-week-old son?

I narrowly avoided being caught on tape in a drunk-trailer park-redneck-on-COPS rage whilst giving the stick thrower a beat down. Primal urges notwithstanding, I managed to leave with the family before any trouble but before the 3:30 p.m. set time for the Cardiff Giants - a friend of the wife's husband's band featuring fellows from Chapel Hill bands like PIPE, Small, and Zen Frisbee - the only reason I went to the party anyway.

Or should I start off ranting about online polls (63 percent of pollsters on the local news channel believe sports stars like Kobe Bryant get special treatment in the justice system) or SARS-free concerts like the one in Toronto?

I think I'll start off with healthcare - and how pathetic it is these days in the U.S.? I mean I've been pushed Nexium - a purple pill seen as the cure-all for heartburn - for a chronic sinus problem. I've been to the doctor's office in the last two years so frequently I've lost count but I can tell you that every time I've been diagnosed differently.

That seems to be a running theme these days, with the - ahem - war on terrorism. As one of the most non-political folks I know, this current regime has taught me how to be angry again; how to fear the big, evil empire.

In the local paper today (August 3, Sunday edition of Raleigh's News & Observer) there's an article on Secretary Of Defense Donald Rumsfeld's outlined objectives to be met - as first decreed on April 9. One basic tenet was to capture Saddam Hussein, another to find weapons of mass destruction. The armed forces are still looking.

An American soldier is killed every three days in Iraq says CBS Nightly News.
The news.

It's like the current legal excitement brewing here in my hometown, Durham, N.C.
The state of NC vs. Michael Peterson.

It's that other Peterson case you may have seen on CourtTV (if you don't live in the Carolinas, where it's 5 O'Clock News every night). The case has all the makings of another O.J. Simpson trial: clumsy cops botching up the crime scene, a columnist and local celebrity defendant who often opined in print about the ineptitude of the Durham police dept., a lot of blood, a missing murder weapon, the alleged "secret life" of said defendant; a popular, media savvy defense lawyer, local media folk (like AM radio host Jerry Agar, Herald-Sun newspaper columnist Tom "Gaspo" Gasporelli) looking for their fifteen minutes of fame; a city divided.

As the legal system is want to be, the case has become less about what happened (a woman murdered) and more about how it happened (was it falling down the steps that killed her or being bludgeoned by a fireplace tool).

It was Professor Plumb, with a candlestick, in the library.

And then there's the frogs mating in the kiddy pool out back. The endless croaking that a really, really wet season begets. Why has it rained so much around here this year? Dunno, but I can tell you that a lot of rain causes floods. The weatherman informs me that Charlotte, N.C., has already had twenty inches above their normal annual rainfall. And it's not even hurricane season yet.

When it rains a lot the ants come out. And the millipedes. All looking for dry ground. Can't stop the rain.

"You're sneezing a lot? This'll stop it."

If the glove don't fit, you must acquit.

Information revised before consumption; ignore the consumer, consume the ignored.
What you know and what you don't really know.
Revisionism. Revised.

The band is fresh on my mind these days as I recently read Dance of Days: Two Decades of Punk in the Nation's Capital. Written by activist Mark Anderson and journalist Mark Jenkins, the book is currently enjoying its third printing courtesy of Johnny Temple's Akashic Books (Remember these names folks as I'll connect the dots later in this column).

Originally released by Soft Skull Press - see the George W. Bush biography Fortunate Son and the accompanying film Horns and Halos for more on this topic. (Kids will be writing dissertations on this down the road, I promise you). The third edition was tackled by Akashic, whose publisher Johnny Temple has close ties to the D.C. scene: he got his punk rock sea legs playing in Soul Side with Scott McCloud before helping to forge the quasi post-punk outfit Girls Against Boys.

Both authors have strong ties to the D.C. area: Anderson as one of the founding members of the political activist group Positive Force and Jenkins as a contributing writer for the Washington Post and Washington's alt.weekly the City Paper. It's important to keep in mind the collective authors' backgrounds as you read Dance of Days as it waltzes from angry, Reagan-era pathos to reportorial documentation. Sometimes coming across like the unofficial biography of Ian MacKaye and other times reading like an episode of VH1's Behind the Music series ("The Bad Brains: The Story of a Black Punk Band Playing in a White Punk World"), the book seesaws from each voice as we "see" the birth of harDCore, the Dischord House, Positive Force, drum protests and intrascene drama.

Ignition - fronted by Ian's little brother Alec - gets the rosy-eyed treatment in the tome. So much so that being a huge Faith fan - and Ignition being the apple that fell from Faith's tree - I tracked down some Ignition records and gave them a spin. I don't remember, as a teenager growing up in metropolitan D.C. area (the Maryland side, Aspen Hill to be exact), finding Ignition all that engaging. As a matter of fact, even though I was such a huge fan of The Faith, and still to this day break out the classic Faith/Void split (Dischord No. 8), I always kind of thought Ignition sucked.

It didn't take long to track down the records: I merely had to walk up the street to my friend JB's house. JB, like myself, grew up in the Rockville, Md., area and now we've found ourselves neighbors, some twenty years later and 280 miles south.

I put on The Orafying Mysticle Of... (Dischord No. 39) and spin the first track, "Revision." Alec MacKaye does his best to ape a pill-popping Keith Morris nasal vocal delivery and opines in the chorus: "Can you accept the imperfection in your revision?"

Because several times during the reading of Dance of Days did I get this aching in my heart because I sensed its own revisionism. Would there be no harDCore had there not been those Wilson High kids (Ian, Henry, Jeff et al) who started bands... and a scene? It's hard to say. And I'm not here to dispute any credit deserved to their contributions to the world of underground music, art and the do-it-yourself ethic.

Make no mistake about it: punk rock changed the course of my life. And most of the cast of characters mentioned herein are directly responsible for it.

But I don't remember Wilson Center shows being marred by violence. At least not in the sense that going to a show in the basement of a building in Northwest, D.C. was any more dangerous than going to a Friday Night football game in Montgomery County, Md.

People have constantly revised history to fit their own needs.

I don't think that's happening here; what I do think has happened is that both authors are too close to the subject to be objective. So when they set out on an objective tone, the dissenting side of me wonders why so much was left out, so that so others could be triumphed or trumped up. The authors do acknowledge that Scream was often seen as outsiders in D.C. but they never quite tap into the insular vibe that has permeated Dischord and much of the music scene during that time frame. Like where's No Trend, the anti-punk punk band. Who else embodied the nihilistic attitude of punk rock so effectively? A band so punk that even the punks thought they were uncool.

Granted, I have to keep reminding myself that most of us were all still in high school - an amazing feat if you thing about it - and that petty, insular cliques are inherent in adolescence.

Nonetheless, it's a fascinating read - and quite eerie I might add at times - stumbling upon graph after graph of harDCore shows that I went to remembering with clarity some events (like Keith Morris of the Circle Jerks flashing his back brace to the crowd, Marginal Man's Pete Murray breaking down, crying onstage, Wendel Blow's dog) while desperately trying to remember others.

I do remember characters like Lefty, the butch black skingirl (can you say oxymoron?), Steve Squint and Bleau what's-his-name causing fear in the eyes of many. Then again, Wendel Blow was scary as a teenage skinhead and then downright sad as a longhaired, Guns & Roses wannabe living in Los Angeles.

What made all these "kids" so empowered? crazy? smart? dumb? Not once does the book look inward, outside of Mark Anderson's soliloquies, to try to find why it all happened.

Or just kids like me; middle class suburban kids looking for something different.

You are a product of your environment.

Maryland to California to North Carolina.

Speaking of Aspen Hill and D.C. music, I was recently bummed out to find that crime noir author George P. Pelecanos killed off Terry Quinn in his last novel, Soul Circus. Quinn was the squared-jawed, tough crackin' white boy ex-cop from Twinbrook who often found himself dating girls, er, women who like bands like Dismemberment Plan. It's always a pleasure to crack open a Pelecanos novel and find references to go-go music, the 9:30 Club, Georgia Ave., Prince George's County or the Redskins.

I still swear to this day, despite constant haranguing by my wife, that I'm going to get "Aspen Hill" tattooed on my back in big, Gothic letters like those vatos standing on the corners in Echo Park or the bicycle messengers on Grand Avenue in L.A..

Nothing brought this desire home more than the recent sniper shootings in the area. While most folks who live in big cities may find their days - and the paths they take enroute to living that daily life - showing up on the news, it was downright odd to see CNN reporting about a sniper death from a Mobil gas station that's five minutes away from my parents' house. Or having to call my mom to tell her that another victim has been shot on Georgia Avenue and to turn on the TV (because I know she doesn't watch the TV in the morning like her son who's forced to rise with the sun to raise kids).

I still haven't gotten that ink yet, but I will.

Right after I get the albatross tattooed around my neck.

Greg Barbera has a wife, two kids, a cat and internet access. Dial-up bitch. No broadband shit here. Just trying to keep it real, ese. This is life at The House of G. You can join my ride any time here at www.razorcake.com