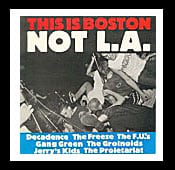 History Repeats Itself (At Least Every Twenty Years): A Column, Looking Back on The Freeze

I was nineteen, a full-time community college student, living in a small Southern town, and working about thirty hours a week in a restaurant. Okay, the politically incorrect truth (in some circles) is I was a cook in a steakhouse. I had gotten into the '77 style punk in 1980, and although I loved that music dearly, my life had not yet been completely changed by it. I still saw myself as a singer-songwriter type like Neil Young, Bruce Springsteen, and Kinks. I was into pre-punk. I had become aware in the summer of 1980 that there was a growing punk scene out of L.A. at a time when the class of '77 types were mostly saying punk was dead. I watched closely for records or news from that area and picked up my fair share of Black Flag, Circle Jerks, Angry Samoans, and Posh Boy releases throughout 1981-'82. As these groups traveled east, I even got to see Black Flag and The Circle Jerks live during this period. However, I remained an enthusiastic observer rather than a committed-for-life punk rocker. 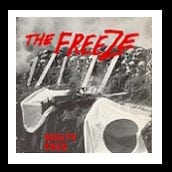 I mail ordered most of my punk music back then, just as I still do today. I vividly recall receiving the This Is Boston Not L.A. comp the day before Thanksgiving in 1982. Our restaurant manager, who was also a main stockholder, had decided that we should be open for four hours on Thanksgiving. I remember being pissed that I had to work that day and I recall listening to This Is Boston Not L.A. before going to work. I don't recall having a particular favorite band from that album. I remember liking them all a lot. I can't say that the album was instrumental in the change I was about to undergo; that would be more accurately attributed to a band that I got to know personally from the Not So Quiet on the Western Front comp. Yet, the fact remains that by early 1983 I was a full-fledged devotee of the hardcore punk that was sweeping the U.S.

During 1983-84 I poured over each issue of MRR and Flipside, 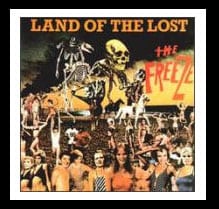 snapping up all the records and tapes that I could afford. I even got to make a trip to the West Coast to hang out with some of my new punk pals I'd made through the mail and over the phone. As for the This Is Boston bands I bought Jerry's Kids Is This My World LP, The Proletariat's Soma Holiday LP, The F.U.'s Kill for Christ EP, Gang Green's Sold Out 7", and The Freeze's Land of the Lost LP and Guilty Face EP. I remember liking all of those records a lot, but ultimately, it's also where I left those bands.

By 1985 I had grown tired of what I considered generic hardcore and found it hard to whip up the enthusiasm for a style I had once loved so much. Maybe if I'd lived in a town with a more active scene and with more open-minded types like me, I wouldn't have taken this turn. I never gave up completely on punk, but my interest and involvement in it dwindled considerably. During the decade I almost lost touch with punk. I got into bands such as Bikini Kill, Poison Idea, and Public Enemy. Obviously, I hadn't lost my taste for hard, fast music but the proliferation of sound-alike thrash bands dissuaded me from plowing through the mountain of zines, records, and tapes that seemed to have multiplied exponentially since the early days of hardcore.

My punk batteries did not get fully recharged until 1996 when a friend began managing a club and started booking lots of young, local, punk groups whose energy and spark re-opened my eyes and ears. 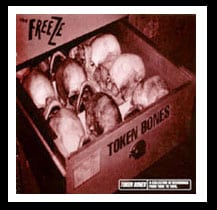 I was in a local record store the Saturday before Thanksgiving and I found myself staring at a used copy of The Freeze's Token Bones. I knew that this was a compilation of their music, both old and new, and that they had seemingly stayed together since I first heard them. I had seen this CD on a previous visit to the store and thought about buying it but didn't. That day something told me to get it.

When I got home, I looked at the liner notes written by lead singer Cliff Hanger. The comments for "Suicidal" really got me: 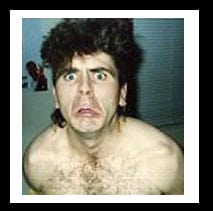 "Working my janitor job, I overheard a discussion between the Barnstable Teacher's association concerning the importance of their impact on their students. As they discussed curriculum issues it reminded me of how important a teaching position really is. I had so much I thought I could add to this discussion. I sat on the steps, and for the first time in my life, really questioned the directions I'd chosen in my life. I was a janitor, with a crank-shot nervous system, a twenty-two count police record, and lead singer for the Freeze."

Until I returned to community college in the mid-'90s and got enough education to score myself one of those "hi-tech jobs in the computer industry," I had always worked blue collar jobs. I felt respected at a couple of those positions, but most of the time I felt as powerless as Cliff felt in his janitor job. I felt that my lowly position in life earmarked me as a person with no opinions relevant to the higher ups. I watched companies ruin their businesses because they never stopped to ask the advice of those of us doing the actual work. I saw other employees (mostly women) with brutally low self-esteem having their spirits crushed by a merciless supervisor (also a woman).

I can't say that I entirely relate to Cliff's "crank-shot nervous system" and "twenty-two count police record". I did realize that I had a problem with alcohol when I was a senior in high school, but after that year I was able to walk away from it. Nonetheless, I know that I have the typical addict's personality so I live cautiously as a result.

The night before Thanksgiving, I pulled out This Is Boston Not L.A. to listen to for the first time in almost twenty years. I only remembered a handful of songs, but I noticed things now that I might not have fully appreciated then, such as Frank Michaels' incendiary guitar riff on the choruses of The Proletariat's "Religion Is the Opiate of the Masses". I've listened to it several times since then and the music has more than held up. This time I paid special attention to The Freeze. The Token Bones CD includes all of their This Is Boston songs as well as outtakes from that session. 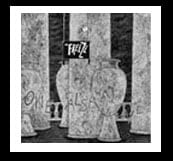 Listening to the '90s music, you can tell they've slowed down a little and with better production there's a slight metal feel in the lead guitar and backing vocals at times. But this life-long metal non-fan isn't in the least put off by it. They're not trying to "sell out" or find a new audience. I think they're playing the music that they want to play on their terms, and they have retained a consistent passion for it all this time. I'm sorry that I haven't been keeping up with them. Time to check out that Dr. Strange catalog.

I have no way of knowing if Cliff has completely kicked drugs or if he has ever gotten a better day job. I also don't know how many people he may have hurt during his years of drug abuse; that isn't something I wish to gloss over in deference to The Freeze's music. I do know that no matter how many drugs he has taken and no matter how many janitor jobs he may end up having had, he'll always be the lead singer of The Freeze to me. And I'll always be interested in what he has to say.