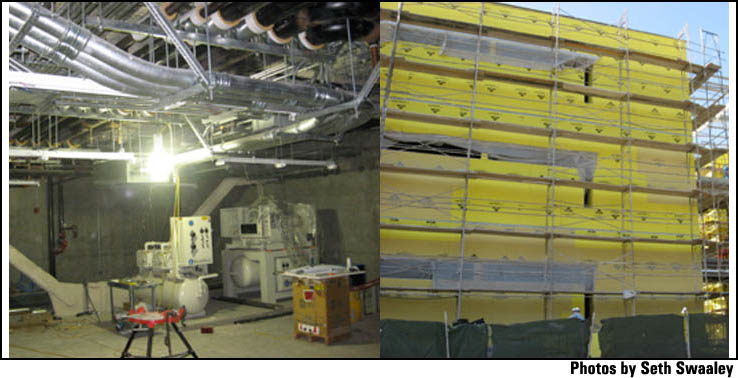 High, Low, and In Between: Chapter 3: Life as Sparky

How I ever became a union electrician still baffles me. Having no handyman traits and never being one of those monkey wrench types, I randomly fell into the trade. I’d been back in Los Angeles for about six months after moving from New Orleans (feeling a sense of guilt after being away from my family for nearly ten years), thinking that maybe I ought to finally settle down. Once again, though, with my lack of any “real skills,” I was roaming from job to job.

I did a few months driving a FedEx truck around Hollywood, mostly for the movie studios and rich folks in the hills during the holiday season. When that dried up, I was back in the temp world, doing everything from night inventory of Toys“R”us to picking up women’s garments and putting them back on the hangers at Nordstrom. Without a uniform, all the women shoppers looked at me as if I were some kind of pervert as I put the panties and bras on the racks. I was never more thrilled at doing a menial job than when they moved me back to the shoe warehouse to sort through boxes.

I then did a couple of weeks in the film business, working as a location scout for a Febreze commercial. My mission was to find an older two-story house with a large attic. With a small camera and no credentials, rich people in Pasadena let me into their homes. They sat me on their couches and showed me all their prized processions and told me the history of their homes, all in the hopes that their place might be seen on television. I thought about how easy a gig this was and that, if I ever became hard up and decided to enter a life of crime, I knew how to go about it. But the company never used any of my contacts. Two weeks later, I got a little check from a sketchy Italian in a non-descript office off of Ventura Blvd. Once again, I was out of work.

“Man, isn’t it weird, watching this shit with women right in the other room? Do you ever get a … you know, while you’re sitting there?”

A couple of months prior to this, my friend and I, on a whim, had taken a test for the International Brotherhood of Electrical Workers. My girlfriend at the time’s old roommate was a union electrician and he mentioned they were hiring, that the pay was good, and that we should try it out. I didn’t really know what would come out of it, but I took a test involving mathematics and mechanical theory. Somehow, I was one of the twenty-five percent who passed, and a month later I was being interviewed by some important, life-long electricians. Sitting at the end of a long table, they peered at me with judgmental eyes, jotting down random notes about whether or not I had the willingness and commitment to put in five years of schooling and training to be a certified journeyman. I put on the mask and told them I had all it took. I would make the union proud. Sure, I had no experience. A drill motor? Of course I know how to use a drill motor. A Sawzall? Come on, what do I look like? Electrical theory? Uh, the hot, the ground, well, hey, let me work on that, but don’t you worry, you’ll see, you won’t regret it, look at these hands, strong hands, warehouse hands, I’m telling you. I’m ready to stick put. Those roaming days are over: family, kids, stability, all on the horizon, sir, I mean, brother, I mean, brothers. So, where do I sign?

It wasn’t much long after that that I got the phone call from the union to report to a job the next day. With that, I bid farewell to the adult entertainment industry and was now an apprentice at a new elementary school being built in EchoPark. I knew nothing about electricity, aside from the fact that if you touched a wire when it was on, it probably wouldn’t feel too good and that, sometimes, you die.

I won’t attempt to go deeply into the inner workings of unions, and, truthfully, I can only write about what I was exposed to, but I suppose a little background is needed. Within the union is a whole hierarchy that closely resembles the military. There is an order to things, a structure, power in numbers, and, at the bottom of those numbers, lies the apprentice. You start off doing labor, and, gradually over time as an apprentice, you’re shown the tricks of the trade. If you make it through five years, pay your dues, and haven’t managed to electrocute yourself or fall off a high rise or gone half mad, you get your ticket. Above the apprentice are the journeymen, then foremen, then general foremen; all, for the most part, well-skilled and educated electricians who have gone through the same schooling and rite of passage, so to speak.

I tried to go all in, learning as much as I could. I worked during the week and went to school at night, studying for hours on end.. I plastered my truck with union stickers on the bumpers and the windows. I told myself the union was the best thing that had happened to me. Here I was, finally at a place where workers had some sort of power; you got your breaks, you were paid for overtime, got raises twice a year. This was the good life for honest, hard work. After countless jobs that were going nowhere, I would have a skilled trade. My punk rock buddy, already months into the program, regretted giving up his computer desk job for the grinds of construction, and said it was all shit: “Just get through the school, get the card, and get the fuck out.”

I can honestly say, despite the kind words of most of my fellow workers as I progressed through the apprenticeship, I never was much of an electrician. Sure, I always showed up and worked hard, but it really wasn’t out of any sense of pride. It just made the day go by faster. What else was I going to do and where else was I going to make twenty bucks an hour? What other job was going to give me full health benefits and pension and annuity and all of those wonderful things in the world we supposedly strive for?

Now, I’m not saying I didn’t have any pride in my job, because that just wasn’t the case. No matter your skill level, you can’t help but feel a sense of appreciation when you’re a part of something being built. You start out with an empty plot of land, only the iron columns standing, maybe some metal decking. Then pulling string lines where walls will one day be and, over the months watching it all—the concrete being poured, the studs being raised, pipes ran, wires pulled, transformers mounted, lights hung, deadlines, failed inspections, pipefitters, iron workers, carpenters, laborers, plumbers, crane operators, rod-busters, tin-knockers, painters, grunting and screaming at other trades. Under the glaring eyes of raving and ranting foremen and general contractors, what were ten guys on a site grows to be two hundred. There’s bad weather and no material and faulty blueprints—but after doing this at a couple of jobsites, you know, in the end, that no matter what, it will all eventually come together. Months later, where there was just dirt there will be a school or a library or a warehouse, maybe a waste treatment plant or a bank. People will be in there doing their work with no thought or care of how it came about, but you will look at that building every now and then when you’re on that side of town, thinking you had a small hand in making it come to life. Honestly, you’ll feel quite good about it.

All said, you get moments in your life when you know—not necessarily those bad feeling days that come around here and there—but where you come to the full realization that at that particular place in time that this is not what you want to be doing. I had had these questions leading up to this, but was struggling with the whole idea of what else I would do. I was thirty and, despite the way I’d tried to live my life, I couldn’t help but feel the pressures of having a good job. It’s just what you did.

My memory takes me back to one brutal summer day working in Van Nuys. It was a hundred and eight degrees. I did the morning shift up on the roof, making a hundred holes in the metal decking with a plasma gun. Frantically racing around with a large compressor and hose, I was trying to beat the noon-time sun. Later that afternoon, I was hunkered down in a six-foot deep ditch of dirt, running twelve four-inch PVC pipes that would months later carry the 4160 volt feeders into the main electrical room. A crane lifted iron bars directly overhead as ironworkers walked the columns like monkeys, bolting and welding the structure into place. Even later, I was helping lower and rig a transformer that weighed five tons down into a basement and found myself nearly pinned against a wall. By the end of the shift, I was yelling like a madman at a carpenter who had stolen my extension chord I needed to charge a scissor lift with. Placing my tool bag and hardhat in the gang box, I took a good long look around me and shook my head. How had I gone from touring in punk bands and thinking I’d be a writer and world traveler to this? It was just a typical day-to-day, part of the chaotic orchestra, the grinds. It was something I truly respected from my co-workers, but when I got home later, exhausted, slumped on my couch, my girlfriend at my side but too tired to say or do anything, staring at the TV like a zombie, I couldn’t help but wonder exactly where my life was heading. Me and my friend Andre, six years my senior, who hadn’t bought into a lot of the union life as much as I had, would often jokingly bitch to one another about our lot. What the hell had we signed up for? We’d get drunk and make up stupid punk songs about “The Union!”

Still, I did my best to stick with it. I only had two years left until I got my ticket. Things with my girl at the time went south though. They had been for quite some time and were spiraling down into nights of screaming matches and too much alcohol and tears. We’d briefly make up under the sheets only to start all over again a few days later. I wondered, how did you get back what you had in the beginning, when it was all new, when it was all laughter and love and dancing to the Pogues until the early morning hours? The truth was, it just wasn’t there anymore and it wasn’t going to be. I guess you could say the thrill was gone, so I moved out of the house.