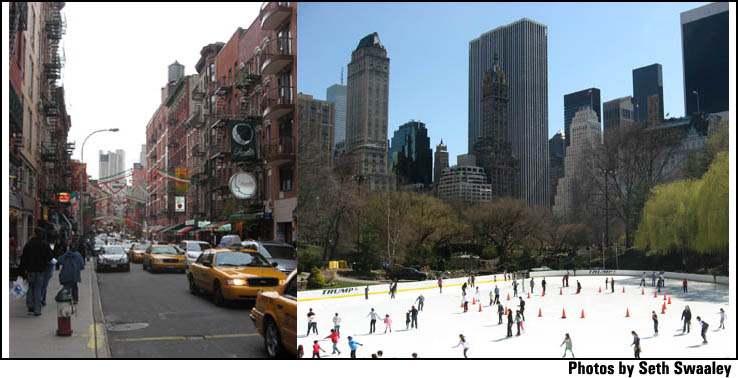 High, Low, and In Between: Chapter 12: Another Day at the Office

I went on to set up in that tunnel in August and September for the next five weeks. Each day I got a little more comfortable with my new form of employment. Like any job, there were your good days and bad days. I made as little as eight dollars and as much as a hundred dollars in what usually consisted of about four hours. Tax free. Thoreau would be proud. Money had very little to do with why I was out there; but then again, any compensation for your art, for doing what you love, despite what anyone says, is always welcome. And the best part was that, for once in my life, I was my own boss. There was nowhere to clock in and no one to report to. No journeymen to bow down to. No manager with a feeling of superiority looming over me. In the tunnel I called the shots. I played what I wanted and when I wanted. I took my break when I was tired, and when I felt like going home, that was it. I packed my guitar up, counted my earnings, and filed back into the streets, almost mysteriously. No one knowing of my daily exploits, I’d ride the subway smashed alongside the other riders reading and with their headphones on, some of them just staring off into another world. I’d curiously watch them with my little secret life of sorts to myself.

But the reality is, what I loved most was the spontaneous interaction. Sitting on my stool with some wood and some strings and a lackluster voice and a book full of songs memorized, I was granted time with folks from all walks, everything from life-long New Yorkers to tourists visiting from every country imaginable. Many of them would stop to request songs, tell me a story, ask how I’d come about to playing in the tunnel. I couldn’t help but marvel at how entirely different it was from the makeup of a playing a live show. Aside from the music, I had to be personable, willing to talk, and willing to listen. I had to provide the brief role of entertainer and, although I don’t deem myself to be much of one, I had fun trying my hand at it.

Barry, the philosophical Buddhist Jewish voice-over man of Manhattan comes up to me and asks me about Fred Neil. Two hours later, I realize I am sitting in front of the most animated intellectual person I’ve ever come across as he goes into lengthy discussions about the deepest and most profound questions of man. A retired freight train operator is singing the “Wabash Cannonball” word for word as I quickly figure out the chords. A wedding party of twenty foreigners is dancing in circles before me as I play John Hurt’s “Pay Day” four times in a row. A gorgeous girl from Colorado talks with me and takes pictures for an hour and as I tell her, “You are beautiful,” she keeps her hand held in mine for more than just a while. She gives me a big smile and parts ways and skips through the tunnel and up the stairs. On a cold, rainy day the most amazing looking French woman leans on the wall next to me and tells me “You juz’ made my day.” An hour later, a bum pisses right in front of me and demands three dollars. The Vietnam vet who hasn’t showered in months and is always wasted by noon, looks at me from the corner of his eye as he stumbles by. A baby in a stroller bops his head around as his Caribbean nanny pushes the cart to and fro. Boris, the grumpy sax man, curses me for playing in the tunnel. Valentine, the Russian sax man, greets me with a smile each day and says, “America! Great Country! C'est la vie. This is the life we choose!” An old school Brooklyn Italian sings Woody Guthrie songs to me and serenades the people passing by in an operatic voice that would make Pavarotti and Bocelli cringe.

These are days when you are looking down into the case with a few bucks, two hours of hardly anyone paying any attention, sort of wondering what exactly it is you’re doing out there. Then people like this come to you and you realize that this is your place. That though you spend much of life in question, wondering where and what you are supposed to be doing with the hand you are given, whether you are a success or failure, if maybe you could’ve gone about things another away; that at this particular time this is where you are meant to be and were meant to be. Whatever questions or fears you have in regards to making it, well, they’re briefly answered.

All in all, I went to the tunnel about twenty times, taking notes of each day: the highs, the lows, and all the in betweens. My goal was just to give a little glimpse into the world from the musician’s perspective. As I did, the words began to pile and pile one after another.

The last time I played in Central Park was in October. The weather had considerably cooled off as winter approached and there weren’t nearly as many people out. My fingers freezing, I found it impossible to pick out the notes on my guitar. I realized, as much as I liked playing, I wouldn’t be back for a while.