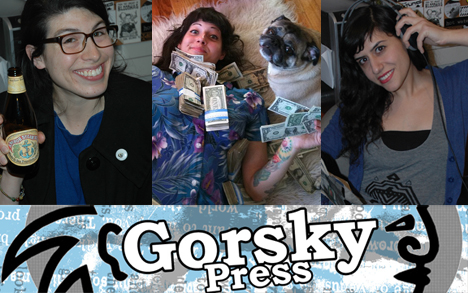 Cassie J. Sneider reads a section from her graphic novel in progress, Deer Toyota. She learns that nobody wants to tip the waitress at a strip club. Well, except one guy.

Taleen Kalenderian reads “How to Leave Cities” from DUM DUM Zine Issue No. 1: Cities & States. An emo yet handy guide at leaving your city for something better.

If you enjoy those stories, check out the first five rounds: