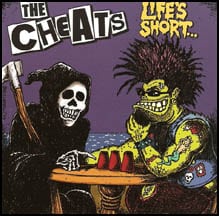 On my trip to Beijing, I decided to spend an evening wandering around Wangfujing Street, one of the city’s popular shopping areas. Of course, it didn’t take me long to remember that I don’t like shopping, so I slowly wandered toward a spot where I figured I could get a taxi. As I gazed around at the various flashing neon lights and store names that I couldn’t understand because I am completely ignorant of the language, a young lady approached me. In stilted English, she struck up a conversation, asking me where I was from. I answered her questions, trying not to stare at the giant acne scar that was her face, or at her bizarre red animal print jacket that was lined at the cuffs and neck with nappy tan fur. I didn’t even want to think about her teeth.

Anyway, she asked about my life, brothers and sisters, pets, what was I doing in Beijing and other generic bullshit. Amidst her stream of disinterested replies to my answers, she went on a rant about how Beijing was too cold for her and she preferred it in Hong Kong. I explained that I had just crawled out of a pile of snow a week or so earlier, so the weather was fine to me. She was all fake laughs and goofy smiles. Then she asked what I did for a living. I told her I was a writer.

“You must be verrrrry successful,” she cooed.

Now, I’m not naïve. Actually, I am very naïve, but on this occasion, I had purchased a guidebook, which had detailed what was happening here. I felt like having an adventure, so when she asked if I would like to join her for a “beer milk juice,” as she phrased it, I told her I would.

Our small talk continued as we veered off the brightly lit shopping street onto a dark, narrow side road. She asked if I was married and, without listening to my response, told me she liked American country music. As we walked down the increasingly gray street, she listed off names of songs and was disappointed when I told her I hadn’t heard of any of them.

“Where are we going?” I interrupted.

All I saw was darkness and shadows and the street getting narrower. A man stood up against a wall, smoking and staring at us. He was wearing a chef’s uniform. I think he may have been holding a knife. The alley was completely empty, with the exception of him and a young couple who were quickly walking in the opposite direction, squeezed tightly against each other and looking at me as if I was doomed. Either paranoia or good sense started to kick in and I thought maybe it was time to turn back.

“Wait, where are we going?” I asked again, slowing down.

“Right there,” she said, pointing to the entrance of a dreary gray brick building, marked only by a small, barely illuminated Coors beer sign. I decided to go a little bit further.

As we entered the bar, she asked if I had a girlfriend. I said, “Yes,” but she wasn’t listening. She was saying something in Mandarin to the bartender. Looking around, I noticed that, other than the bartender, there was a guy standing by the door and one dude sitting by himself at a table. They were all staring at me.

The bartender led us to a small corner room. I looked inside as the girl parted the beaded curtain that separated it from the rest of the bar. It was dark and tiny, the big coffee table took up all the space not used by the gaudy red loveseat.

Out of the corners of my eyes, I realized that the men in the bar were closing in behind me. I was at the cusp of crossing the point of no return. The ordeal could have gone in several directions:

The Traditional Ending: According to my guidebook, what usually happened in these situations was that I would sit down and have some drinks. I would let the girl stroke my ego and maybe my leg. Suddenly, I would find the guys insisting that I owe a ridiculously large amount of money. If what I had in my wallet wasn’t enough, they would be happy to take me to an ATM. I would let them do so and allow my cash supply to be depleted, forcing me to cancel my trip early and go home.

The Bad Ending: Acne scar would take her clothes off and do an awkward strip tease. When I refused to do the same, the guys would come in and hold me down so acne face could infect me with all sorts of diseases from her STD-leaking hole. Then the dudes would beat the crap out of me until I lost consciousness. Eventually, I would be awakened by a young Chinese boy hurling rocks at my head as I lie in some back alley Beijing gutter with no wallet and no pants.

The Triumphant Ending: The chick would let down her hair so it hid her ugly face. She would take off her horrible jacket, unveiling a ridiculously toned body. She would give me a nice lap dance, and, before she was finished, would whistle for the guys to come in and do their part. They would charge in with clenched fists. I would shove the girl aside and use my superior fighting skills, not to mention my tremendous height and weight advantage, to battle my way out the door, taking a brief moment to run behind the bar and steal a bottle of orange soda for the taxi ride home.

The Actual Ending: As the dudes closed in behind me, I didn’t even consider my options. I simply turned around, miraculously weaved right past them and went out the door. Quickly, I walked toward the light of the main street. The girl chased after me, squeaking awkwardly. She asked what was wrong. I asked her what time it was. She mumbled something and I told her I needed to be getting back. As I picked up my pace, she asked one last question. Strangely, it was a repeat of one of her earlier robotic questions. “What are you doing in Beijing?”

“I don’t know,” I said as she veered off into a nearby shop and I hustled toward the nearest taxi.

The moral of the story: Don’t send a dragon to do the work of a siren.

Speaking of dragons and sirens…

The cheats are all dragon. All ugly. The punk rock they make is fat and dirty. It hasn’t bathed in a long time and it gave up shaving many years ago. What’s the point? When it knocks things over, it doesn’t shrug and smile as if it’s done something cute. No. It grins and looks for something else to knock over, because it knows the cardinal rule of breaking things: You don’t just break one thing. You break lots of things. – MP Johnson (Da’ Core)

The last line of the last song on this record is “Do you care?” They are asking whether I care about the plight of starving people in third world countries, which is the subject of the song. What they should be asking is whether I care more because I listened to the song. I mean, isn’t that the point? To inspire me to think about it even more? Well, the answer is no. Listening to a cut rate crustcore band rehashing topics that have been tossed around by much better bands doesn’t change my standpoint at all. If you’re going to challenge your listeners, maybe first you should challenge yourself to make music that’s worth caring about. – MP Johnson (Kill All the Grown Ups) 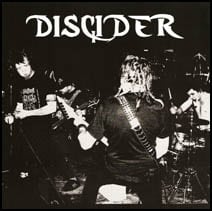 Paul, the singer of this band, was the first punk I ever met. There weren’t many of them in Eau Claire, Wisconsin back in my middle school days. I don’t think I ever had a class with him. In fact, I’m pretty sure he didn’t spend much time in class, because I remember seeing him frequently wandering the halls when class was in session. I didn’t skip. I just went on a lot of long bathroom breaks. He never said much to me, but he was always hanging out with a bigger dude who would make fun of me a lot. Paul smiled at the jabs, but then again, Paul seemed to smile a lot. I don’t recall him ever saying an unkind word, and believe me, I remember that shit. The sight of the two of them in the halls intrigued me. Paul was really skinny and his friend was pretty heavy. By itself, this contrast would have been cartoonish, but when it was coupled with the fact that they were punks, it was just zany to my pre-pubescent mind. Although I started listening to punk shortly after, I didn’t start going to shows until many years down the line. When I did, I wasn’t all that surprised to see Paul at every one of them. We chatted occasionally. Eventually, he ended up in a band with my little brother. Once he came over to my place to pick up my bro to go somewhere. My dad answered the door. That evening, dad flipped out about my brother was hanging out with a guy with a face full of metal. There was a discussion about bad influences. Later, for about a day, Paul was in a band with me. I played saxophone. He played drums. I think we both realized it sucked, although I wrote a really cool song called “Pickled Punk,” that went: “What’s in the jar? A pickled punk! A pickled punk!” over and over. What I’m getting at here is that Paul was a big part of my early memories of what punk was about, whether it was seeing him wandering the halls of middle school, blatantly flaunting the rules, or seeing him at shows later, heckling bands by yelling, “You sound like my toilet” while wearing a tight red bodysuit. Anyway, now he’s in this band called Discider, who crank out a mean blend of Wisconsin crustcore. Here’s a quote from one of the songs: “I’m so fucking pissed, I just fucking wish I could pluck the sun right from the sky, then say fuck all, my friend, I’ll drink till the end, and feel everything whither and die.” You can bet your fucking ass that this seven inch is what punk is about. – MP Johnson (Offensive Media)

That’s that. You can read more nonsense at http://www.freaktension.com/.