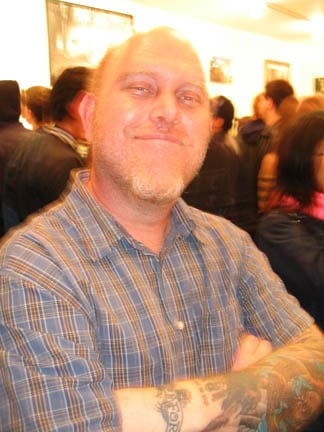 Do Something: An Interview with Tim Kerr By Todd Taylor

Punk rock gets harder the older you get. The reaffirmation process is continual. Political ideals seem to pale in comparison to medical bills or raising a family or worrying about a job. No matter how hard it seems you push, the world pushes back harder. You have to dig deeper and really figure, "Am I up for the long haul? Am I willing to give up all these other things to be an active participant? Will I live up to what sounded good ten years ago?" Although I don't have any idols, there is a handful of people who I truly look up to, be it for inspiration, guidance, or just example. Tim Kerr is one of those people. Tim played in one of the select bands - the Big Boys - that kept my keel even in high school, that broke open my awareness that punk rock didn't have to be brain dead or reactionary if I didn't like the world around me. I could change it by first changing myself and never letting that process stop.

After the Big Boys ended, Tim didn't snap close his guitar case, get a job selling insurance, and turn his back on "youthful indiscretion." He kept going, stronger and stronger. Not only has he been and continues to be in an endless series of great bands (Bad Mutha Goose, Poison 13, Jack O'Fire, the Lord High Fixers, Monkeywrench, and Total Sound Group Direct Action Committee), he's engaged, eyes alight, ears listening. Tim's one of those guys who doesn't stop being fascinated and it's contagious.

And it's not just playing music. He's a talented painter. He's an accomplished producer (a title he's not comfortable with, but he's worked the knobs with bands as diverse as This Bike Is a Pipebomb to the Riverboat Gamblers to Throw Rag to Sugar Shack). But it's still more than all of these pieces. These parts are like vital organs, not the body. Tim's whole; all of these parts fit together. It's how he can, after over twenty-five years of continual involvement, show up with a smile and hug and see how he can contribute to what's next. Punk rock's lucky to have him.

Interview and photos by Todd

Parts of this interview have been previously printed in Bail Magazine and Verbicide Magazine. 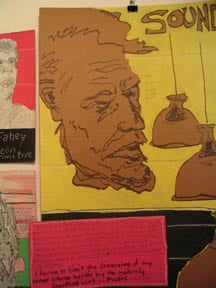 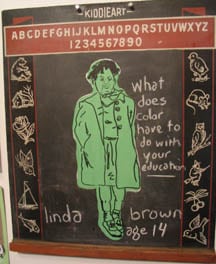 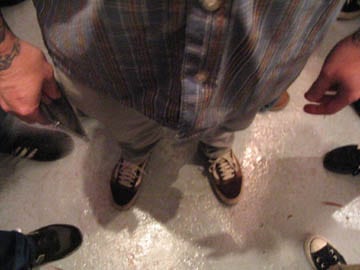