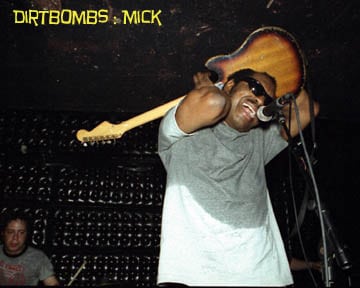 It looked like a promising night of the best that Detroit has to offer. But for those who made it to the show a little late, they may have had the unexpected (not to mention unpleasant) surprise of learning the Dirtbombs and Detroit Cobras had switched spots on the bill.

The show, which started off with a surprisingly good set from K.O. and the Knockouts, would have perfectly gelled had the original bill been followed. Lead vocalist Ko Shih, formerly of the Come Ons, has a good pop sensibility without losing any of the trademark edge associated with the bulk of the Motor City bands.

But how (or why) anyone would follow the Dirtbombs is a mystery. Front guy Mick Collins, who is every bit as influential in the scene as Jack White (not to mention bassist Jim Diamond who doubles as an engineer for Ghetto Recorders), doesn't need to cop an attitude, preferring to kick out the jams with equal reverence for both Otis and Jimi. 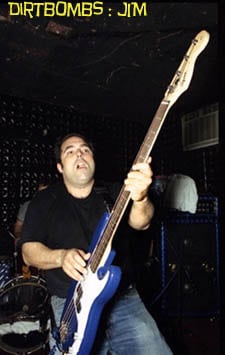 Collins is fun to watch and his interaction with the rest of the band, particularly hyperactive guitarist Tom Potter, is something all too lacking these days. The band, which includes drummers Patrick Pantano and Benjamin Blackwell, performs like a colossus tearing into soul covers and punked out originals with equal abandon.

The evening closed with a competent albeit unimpressive set from the Detroit Cobras. Their covers of classic Motown and Memphis soul tracks were outstanding but lead vocalist Rachel Nagy's tough-as-nails stage persona is distracting to say the least. Is she really a badass who would smack us in the face for looking bored or is it all just some act intended to provoke something beyond annoyance? If she is just pulling our legs, it's not funny, it's just obnoxious. Nagy has the chops (and, less importantly, the looks) to make it as a great front woman. But it still wasn't enough to justify a headlining spot over the Dirtbombs.

K.O. and the Knockouts: http://www.koandtheknockouts.com/