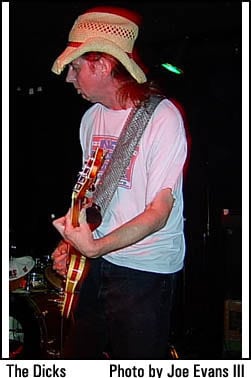 Allow me, for a moment, to get all livejournal-emo on you: A little over a week before the show, I’d just started a new job. In fact, the job was not only my first steady/non-temp job in almost three years, but my first full on, full-time job, ever. I was pretty run down and stressed out and generally not adjusting well to having to go to bed earlier than 3 AM every night, and wasn’t even sure when I’d start going out again. But by the afternoon of the show, my general feeling towards the subject was “Screw this—it’s The Dicks. I’m going.” 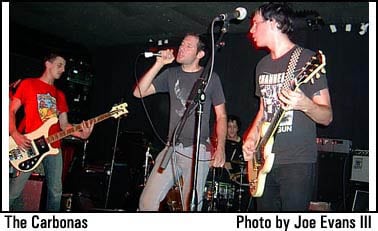 The Carbonas had been on my long list of bands I’d heard, and thought they were good, but had never been able to catch live before. Turns out that’s a shame, because The Carbonas are great. Since there’s going to be Ramones comparisons anyway, imagine the blazing-fast trademark downstrokes, with more of an angular tone (I don’t want to make them out like some weird indie rock band, so just think cleaner guitar sounds), a little garage rock swagger to it, with fairly gruff vocals. Apparently, their singer had completely blown out his voice the night before and was still recovering, but had nothing been said, I wouldn’t have noticed, and thought he was a little tired. They had to cut their set a little short, but they still played one extra song at the request of the crowd, so even on an off night they were completely on. 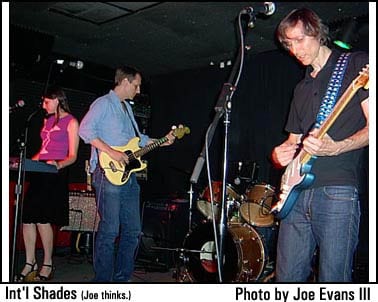 Next was a band called Int’l Shades. I think. That’s what was listed on the Maxwell’s website, but they never actually introduced themselves, so I couldn’t tell you for certain. As more of a weird, atmospheric indie rock band, they were definitely the odd band out for the night. The crowd dispersed a little at first but I still liked them. I thought they were going for some sort of Dinosaur Jr. vibe, with multiple vocalists, including a girl who played a synth/keyboard that sounded like a Sega Genesis (which I mean as a compliment. I don’t throw out video game references lightly). People seemed to get into them more by the end; they just need to actually tell people who they are. I mean, how do I buy a band’s record if I don’t know who they are?

So all the pictures I’d ever seen of Gary Floyd from the past made him look completely nuts. I’m standing next to the stage, and an old man with a shaved head, long beard, plaid shorts, and a shirt with a bear on it comes up to me. “Have you ever heard The Dicks before?” (In a genuinely interested sort of way, not a “You look like you’re a total lamewad” one). I answer him “Just a little bit.” He starts to climb up on stage. “I bet you’re thinking that looks like grandpa up there!” addressing me, and then the entire club. Needless to say, if Gary Floyd is grandpa, then I pity any retirement home he settles down in. 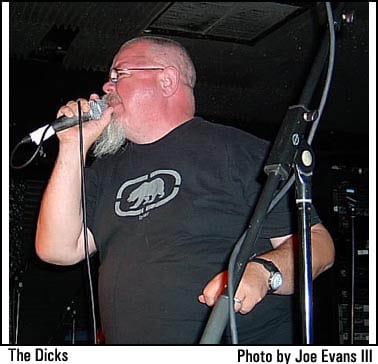 The set was absolutely incredible. They just went straight up and got right into their trademark sound of ‘80s hardcore punk with a bluesy attack. The fact that they can all get right up and show people today a thing or two is pretty inspiring. While introducing “Anti-Klan,” they almost came across like punk equivalents of Archie Bunker, proclaiming: “Here’s one about a group of people from down by us in Texas, and we don’t know what the hell their problem is.” Hell, there were times during the set I thought I was watching them in Texas.

This was so worth it that I not only went to work incredibly tired the next day, but went to see them again the next night in Brooklyn. At that point, I was even more tired and thought I may actually pass out, but I do remember this: Carbonas were great, again. Marked Men were great, for the first time seeing them in a long while. The Dicks were great, again. Megan Pants practically shoved french fries down my throat at a diner at three in the morning. All of this is in fact true.