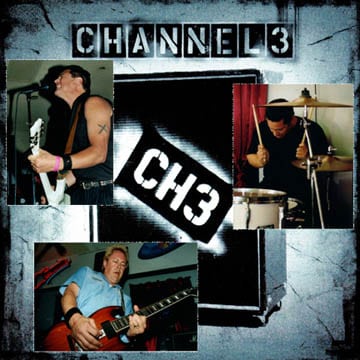 It was one of those shows that flew under the radar and I had to find out about through email. I didn't see it in the LA Weekly, but my brother seems to be on a lot of email lists. He called me to see if I wanted to go on the day of the show, but I wavered and told him I would decide later. I called him later that night and told him I would go.

I picked my brother up and made the quick trip down to Hawthorne. I haven't been to a South Bay show in over a decade or more. I need to get out more. Found the place quickly and I pulled out the cash to make entrance. I walked in and the first thing I noticed is that everybody in my view was Caucasian. The first thought that ran through my head was, "I am in a skinhead bar." It was the kind of crowd that I would picture at a Pennywise show: full of white, suburban thugs. I chose to name Pennywise because Fletcher was at the back of the club shooting pool. Most shows I have been to lately had a high percentage of Latinos in attendance. I didn't notice any. So there I was, tense and feeling like I made a bad mistake. My brother found friends and I was relieved that they were some people of a different race.

First band up was Instigator. I was not really interested enough to pull out the camera to take any pictures. While they were playing their first song, my brother leaned over and yelled in my ear that he remembers this band from the early '80s and that the Detonators used to talk about them. That piqued my interest in this band. As they played through their extremely loud set, loud enough to mess with my equilibrium, I had vague recollections of seeing this band on a drunken Tuesday $1 night at the infamous Cathay de Grande in Hollywood during the early '80s. I was more interested as the set proceeded. I got really excited when they played a cover of Overkill's "Hell's Getting Hotter." Now there is a song that I have never heard a band cover before. South Bay punk rock played like I remembered it. Sorry, I didn't take any pictures. 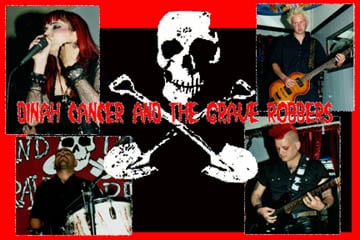 Next up was Dinah Cancer & the Grave Robbers. This was what I came to see and hear. Dinah Cancer was the singer for 45 Grave, and, later on, was singing for Penis Flytrap. She had a falling out with the latter band and started up this new creation. This was part of a series of shows they had lined up to pay tribute to 45 Grave and celebrate the band's 25th anniversary. She looked like she hadn't aged a year from the last time I saw her perform in 1981 (or 1984?). They ripped through old classics like "Black Cross," "Partytime," "Surf Bat," and closed the show with "Wax" and "Evil." The only letdown was that they did not play "Concerned Citizen," but to hear these songs again in a live setting was such a treat!

Channel 3 came on stage to end the night. This was the icing on the cake for me. I had seen the band a few months prior and was really impressed by how good the reformed band sounded. At that point, I found a position up front and to the side to be away from the energized and large crowd that was about to erupt. They blasted into classic songs like "Manzanar," "I've Got a Gun," "Indian Summer," and "Wet Spots," to name a few. Highlights included Dinah Cancer performing the female vocals to "You Make Me Feel Cheap" and Fletcher walking on stage mid-song with a handful of what I assumed were Jack Daniel's shots and feeding them to the band members as they played. The crowd of over-21's was manic throughout the set. The pit was massive: people flew onto the floor-level stage and I could hear the roar of people singing along. I was sucked in and screamed along too, without a teensy bit of alcohol in my system. It was so great seeing them in such an intimate setting.

Afterwards, I talked to the band members from all the bands that night and people who were around that were near my general age group. I really enjoyed the conversations with people who have been around as long as I have and shared many common experiences. I looked at the time and realized how late it was. It was time to get this old goat home and go to sleep, but not after a quick stop to pick up a sloppy burrito and to wash it down with some cold cerveza at home.