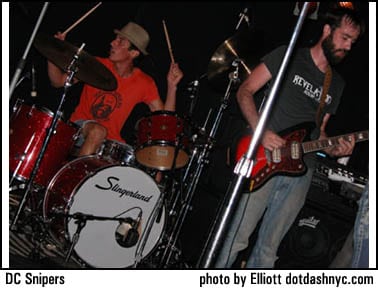 Brian Mosher's Monthly Column #10: A Metaphorical Journey to the Top of a Mountain and the Subsequent Profanity

As I have before, and surely will again, I visited the mountain top this weekend, and bring back to you these words from on high. For the voice did speak to me from the very clouds; and I felt the vibrations in the earth below my feet and smelled the distinctive odor of burning flesh; and the light of the sun did fade and all was drowned in darkness. And the voice became visible to me, in the form of a man, but larger than any man could be, as tall as the redwoods and as broad-shouldered as the Himalayas; which is pretty bizarre, and not particularly well proportioned, but there you have it. And the voice did command me to kneel, and I did respond, “Fuck you! I’m not kneeling here; this snow must be a foot deep!” And the sky did open and a hundred thousand white doves did descend from the heavens and drop their sticky grey turds upon my head, and I knelt.

And the voice did say, “In these days of war and famine, when the most powerful nation upon the earth is led by a drunken, draft-dodging, cokehead with the IQ of a warthog and the morals of a snake-oil salesman; yea, in these very days, as creation stands at the brink of self-destruction while the people plug themselves into their reality television to escape the unreality of the nightly news; now, and not tomorrow, is the time which has been given, as has been foretold, in which will come a new sound to rescue the chosen and lift them to the safety of eternal rock’n’roll.

And the sound shall be both familiar and unlike anything ever heard before by mortal man. It shall be both righteous and rife with the fullness of life. And it shall be brought by four men from the City of the Large Apple, who will come wearing jackets of the hide of cows and with hair hanging in their faces, obscuring their eyes. And the sound that they will bring will shake the very foundations of civilization with a combination of girl-group melodies, street-smart lyrics and huge power chords played on just slightly out-of-tune guitars at a speed never before achieved under the heavens or above the seas.”

I said, “Uh, excuse me, but that sounds a lot like The Ramones.” And the voice was silent for a long moment. And when, at long last, it did return, it was quieter, less self-assured. “Never mind,” it said, “I guess we tried that already. I’ll let you know when we’ve got something new.”

In the meantime, you might want to check out the new DC Snipers disc from Dead Beat Records, if you haven’t already. It doesn’t sound anything like the Ramones, but you shouldn’t hold that against it. It’s called Missile Sunset, and is a tour-de-force of minimalist negativism, which is a term I believe I just made up. www.myspace.com/thedcsnipers 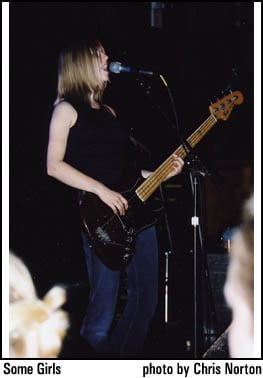 Or, if you prefer something a little lighter, try Crushing Love by Some Girls on Koch Records. Some Girls is Juliana Hatfield, Freda Love, and Heidi Gluck. They’ve got a nice poppy sound, with only the occasional gut punch to make sure you’re paying attention to the insightful lyrics. http://www.some-girls.com/

And if you’re more in the mood for an iconoclastic singer/songwriter who’s been playing his Silvertone guitar and singing, sans band, for twenty years or more, then Ray Mason’s A Man and His Silvertone could be just what you’re looking for. It’s on Captivating Music, and it’s pretty damn good.  http://www.raymason.com/