Bloodhag: Librarians at the Gate By Todd Taylor

Bloodhag are real. It makes me overwhelmingly happy that they're not just some really lucid dream I've been having for a couple of years. It's a bitchin' idea. Dress up in ties and nice shirts, attach paperbacks to chains, play some powerviolence/death metal songs that don't clock in too long, and have every song be a mini-biography about a science fiction author. Not only does it sound great to me on paper, they deliver both live and on record. Hyperfast and hyper-literate, they play libraries and dive bars alike. Although heavier than big-panted, ball-scrunching, mosh pit-pathetic, Korny clones, they're as nice as a grandma that makes huggies for your tea pot. They're the progenitors of Northwest EduCore, and in Bloodhag's hands, literacy becomes a paper cut. Be prepared to be destroyed - by songs inspired by books.

Interview and pictures by Todd Taylor
Parentheticals provided by the band. 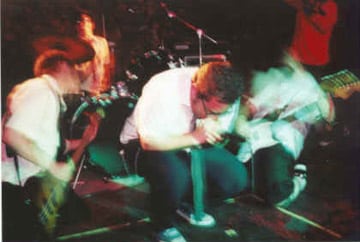 Todd: What's your name and break it down into the Latin root.
Zach: Zachary Orgel and I'm Logos the Rhythmatist. Logos is actually Greek. It's "the word made flesh." The living knowledge, or "gnosis," as they say.
Todd: Could it also be construed as "The word of God"?
Zach: In a way. Some people thought it actually resided in the library at Alexandria and that's why it got sacked - they were trying to destroy the logos. That was Philip K. Dick's take on it. [See especially the Valis trilogy. Dick viewed the "logos" as perhaps a symbiote virus (perhaps extra-terrestrial) that when contacted/contracted produced gnosis.]
Jeff: A lot of that could deal with the actual, written word of God. You know how that gets freaked out and twisted around.
Zach: Rhythmatist is a gross derivation of rhythm. [e.g. One who is rhythmic in nature. One who produces rhythm.]
Jake: I am professor J.B. Stratton and I'm also known as Grimoire the Expectorator. Grimoire meaning the huge volume of complete works, some giant tome, perhaps...
Zach: It's Germanic, grimoire.
Jake: ...And expectorator is because of the... spitting.
Todd: In German, expectorate is "ausspucken."
Jake: I could use a good ausspucken.
Jeff: And I'm Deux Ex Libris, the Plagiarazor, Dr. J.M. McNulty. My name is the grossest bastardization of any root words of all of the band names. It's a stupid pun on "Deus Ex Libris" and "Deus Ex Machina."
Jake: "Ex Libris," which would be on book plates, which would mean "from the library of...", so it would be "from the library of God."
Jeff: And then the Plagiarazor is because I steal riffs from everyone? {instantly throaty} and I tear through your skull with brutal dispensation.
Jake: {in falsetto whisper} Sharp as a knife, yow!
Todd: So, why metal?
Jake: Pretty straightforward one. The fact that we all love heavy metal. I was quite the metal head coming up and it's the most fun thing to play. The band originally was conceived as a recording project by Jeff and myself while we actually doing something else entirely.
Todd: Were bong hits involved? [Possible reference to "reefer cigarettes"? Interview might be "stoned" coll.]
Jeff: It was one of things; "Wouldn't it be funny if we..." We wrote a song, "Edgar Rice Burghs," when me and him were doing some other indie rock duo thing. And then we were like, "Wouldn't it be funny if we had a whole band that played heavy metal songs about science fiction writers?"
Todd: So, is it funny?
Jeff: The first demo ["Swords Against Deviltry," copyright, Bloodhag, 1996] is hilarious funny, in my opinion.
Todd: Who was Robert A. Heinlein's roommate in college?
Zach: I knew that one at one point.
Jeff: That's a rough one.
Jake: Let me think about it.
Todd: Which science fiction writer of the past had the most exacting vision of their future, our present?
Zach: I say John Brunner.
Jeff: I say Brunner and William Gibson but Gibson didn't have to look ahead that far. And if you discount Philip K. Dick's goofiness of the future, I think he was really damn close. Because if you look in all of his books, he talks about people wearing goofy clothes and weird, retro things that would happen and that's exactly what's going on. It's just not the way that he said it.
Jake: He would have in Ubik [Dick, Philip K., 1969] , where the main character has to pay for everything in his apartment. From the toaster to his shower, he has to constantly put in dimes, which isn't actually, currently going on, but the underlying thing was he was projecting that you would have to pay to do everything, which, more or less, you do now.
Jeff: But John Brunner, he was absolutely correct. He does a thing were he leaves out some of those details that other Sci-Fi writers might put in, like exactly what the people are wearing - that sort of thing - to the point where it's very easy just to picture it going on right now. If you read Shockwave Rider right now, you could easily re-write that book with the right references and make it today. It could have happened two years ago.
Zach: And he wrote it in '73 or '74.
Todd: Is science fiction dead now?
Everyone: No.
Jeff: Absolutely not. In fact, I thought that it was and there's this William Browning Spencer who writes for Aborealis Books, which is a total indie book publisher. He is great.
Zach: And then there's Michael Swanwyck, Neil Stephenson. Octavia Butler is still going strong.
Jeff: In fact, she's reached her Renaissance point right now.
Zach: Jack Womack. 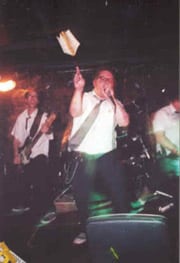 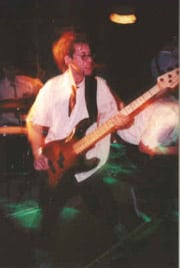 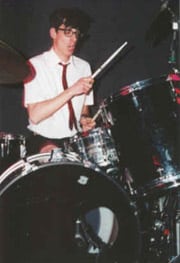