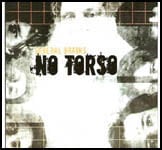 Back when I still prayed before bedtime, I tacked an addendum onto my “Now I lay me down to sleep.” It went, “…and take away all the bad dreams, and replace them with super-duper great dreams.”

It was cheesy. I was five.

Also, it didn’t do shit to stop the horrific images that would wake me at all hours of the night. So I stopped. The dreams never did. All I can do is wait for them and hope I wake up before they take too much of a toll. These dreams are sick, depraved and they know me too well. They’re not about monsters, although sometimes they are incorporated. Mainly, they’re blood-soaked tricks, playing on my weaknesses and insecurities. Only I can hurt myself as bad as my dreams do. I just wish I knew why I wanted to.

Eight years ago, the thing that lurks in my subconscious that wants to brutally tear me apart came a little too close.

I was in what I thought was a hotel. There was a long hallway with doors covering each side. Of course, the hallway was dark. I was behind one of those doors, sleeping, but conscious of what was happening. Upon closer inspection, it was a hospital, not a hotel. Another unpleasant image from my past, toying with me.

Something had been going from room to room. It walked down the hallway. Slowly. The footsteps echoed as the shadowy figure went from room to room. I couldn’t see what was happening in those rooms. I knew it was horrible. Images of blood being squeezed out of slits in flesh by large-knuckled hands flashed. Chains. Hooks. Blue sheets soaked in red. There was screaming, I was certain of it. But I felt it more than heard it.

Time progressed slowly. I saw the figure’s bloody hand turn doorknob after doorknob, never knowing which one was mine. As each room was entered and another person was destroyed, I became more and more aware my turn was coming soon.

Lights flickered in the hall. More screaming. Blood was everywhere, yet everything still seemed clean.

The figure turned another knob.

I saw the hospital from over the predator’s shoulder. He walked slowly through the dark room to the bed covered with blue sheets.

I recognized the man tucked into the blue sheets.

I opened my eyes. Not in the dream, but in real life. I was completely awake in my own bed.

In front of me, the figure stood. It was solid black, as if all of the darkness in the otherwise brightly moonlit room had clumped together in the form of a man.

I didn’t move at first and neither did he. I had the sense that he was confused, that something was wrong. Then he leaned closer.

I swung at him. Not with a fist, but with an open hand. My intent wasn’t to strike and cause harm, but to grab and hold. I needed to prove to my brain that what my eyes were seeing was real.

My hand went right through the figure. The darkness that had been almost solid before me evaporated as I watched. Particles of shadow were sucked back to where they had come from.

I stood up and turned on the lights, walking around the room, knowing very well that I wouldn’t find a single shadow out of place, but wanting to make certain.

I lay in bed with the lights on that night, running the event over and over, looking for holes in the story and trying to convince myself that it was all just some half-asleep blur. I’m still working on that.

Sneaking out of the shadows of ska comes a strange combination of musical styles I was not expecting. Combinations I typically expect are metal and hardcore, emo and hardcore, rap and metal, metal and peanut butter, peanut butter and chocolate, chocolate and zombies, zombies and punk rock. Not expected: melodic emo and bouncy ska. Sure, maybe it’s been done before. After all, it’s not like combining disco and armpit fart symphonies or anything. However, it’s new to these ears, and that makes these ears happier than a dream come true with a chance to kill you. 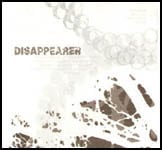 That dream-come-true walks slowly. It plods. Don’t let that fool you. You know it’s still vicious. It comes with guitars that aren’t rooted in reality. The sounds they make are too twisted, too ethereal, and vulgar. That’s not drumming. That’s a fog of beats that can’t be attributed to wood touching skin, unless it’s the skin of a victim being gouged and prodded by a shard until it’s dripping with infection and beckoning maggots. And that’s not bass. That’s your soul being hollowed out. You’re not going to be able to hold onto it. It’s not yours anymore.

There’s a magazine called Cthulhu Sex. You want to buy #25 and read my story, “After Birth,” because you find the idea of drag queens giving birth to squirming mutants quite enticing. You can get your copy at http://www.freaktension.com/.