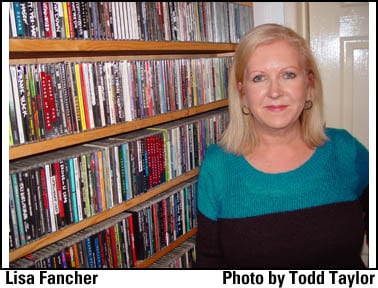 Histories are funny things. The more I archive, the more I amass stories, the more I believe that there will never be such a thing as a definitive history. It’s just not possible. Put two people in a room, and they can have wildly different recollections of events that have transpired. If you add loud music, adolescence, booze and pills, egos, personalities, pride, sexuality, hormones, and money, a pure form of objectivity isn’t possible.
But that’s far from a reason to despair because with punk rock in Southern California—the Los Angeles area to be specific—there are still plentiful artifacts. Actual songs. Albums. Music. There are some immutable facts, like “This record came out then. This person put it out.” Linked to the music are personal histories.
The first time I came across Frontier Records as a young punk growing up in a rural Nevada desert town was through the Circle Jerks’ Group Sex. It was on cassette. The entire album fit on one side of the tape twice. The other side was intentionally blank, to “help ruin the music industry.” I played the fuck out of that tape and can, decades later, mouth every word to every song.
Not far after the Circle Jerks, I picked up the Adolescents’ blue album (it’s self-titled, but everyone I knew just said Blue). It’s another record that became memorized out of sheer impact and repetition. Repeat that reaction with TSOL’s Dance with Me and Suicidal Tendencies’ self-titled debut.
Although stylistically diverse, these records had several things in common: they were all from a Southern California (mostly OC) scene in the early ‘80s, they were punk, and—over the years, I’d do the simple math—were put out by a woman named Lisa Fancher on Frontier Records. These records were the tip of the Trident missile she had help launch into the world.
I don’t have to say these records were milestones. Tens of thousands of fans in Southern California alone spread to hundreds of thousands of fans worldwide. They’ve said it for around thirty years straight: this music’s good, relevant, important. These are shots that are continuously being heard around the world.
Histories are both inclusion and exclusion. They are a balance of what’s worth noting versus what’s “not important.” I found it conspicuous that many—if not all—of the widely distributed punk history books and movies Bermuda Triangled Frontier. It barely—if it at all—exists alongside the much-storied remembrances of other Southern California labels like Dangerhouse, Slash, Posh Boy, and SST. To me, the music released on Frontier is undeniable.
Lisa Fancher agreed to drive out to Razorcake HQ, sit down for a chat, tell her history, and catch up on what Frontier’s been doing.
Here’s one more voice, one that undeniably shaped generations of punk music.