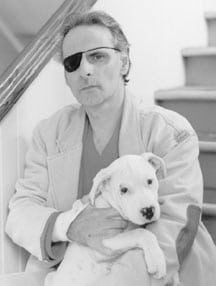 PREYING ON PREDATORS,
NOT PRAYING FOR THEIR FORGIVENESS

Andrew Vachss (rhymes with ax), doesn't talk from the point of view from hypothesis or theory. A warrior, he has exposed child abuse for 30 years. In 1969, he traveled to Biafra during its genocidal civil war to try to set up a payment system for foreign aid. Since then, he's been, amongst other occupations, a federal investigator in sexually transmitted diseases, a labor organizer, a director of a maximum security prison for "aggressive-violent" youth, and since 1976, a lawyer who represents children exclusively. In 1993, Vachss helped hasten The National Child Protective Act which formed a database to track child abusers who move from state to state. He is now lending support to the C.A.R.E. (Child Abuse Reform and Enforcement) Act, which promotes the improvement of information on, and protections against, child sexual abuse. He has published 14 novels.

If every human was as driven, focused, and articulate as Andrew Vachss, the world in a generation would, quite literally and pragmatically, become a better place. As trite and as unfocused as the rallying cry of "save the children" may seem as it streams out of a politician's mouth, one gets the diametrically opposite impression when Mr. Vachss talks about "Today's victim is tomorrow's predator" and how children are truly the key to a sustained civilization. What I first approached as an informative exercise and historical context of child abuse also turned into discussions on political leverage and law, the nature of serial killers, the nuances of the death penalty, and the United States' hapless war on drugs.

Special thanks go out to Vanessa of Fat Wreck Chords for not only raising this to my attention but also her selfless conviction, and to Lou Bank at Ten Angry Pitbulls for making this interview possible and take place without a hitch. 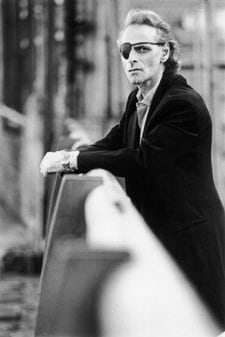 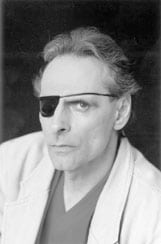