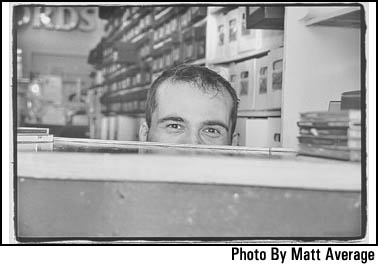 An Interview With John Gaudry of ShowsInTheUS.com and Headline Records By Todd Taylor

I’ve known John going on ten years. He moved directly from France and started a punk record store in Los Angeles called Headline Records, many moons ago. Along with Bill of Dr. Strange Records, he’s one of the smartest, hardest-working, and honest guys I know who tries to make a living at what he loves (punk rock) while being conscientious of not ripping anyone off. It’s not an easy life, especially in the long run. Headline has had to move three times and constantly has to adjust itself to survive in the fickle music world and ever-increasing rents. Turning his mind to the future, John has come up with an idea that he’s been kicking around for awhile: http://www.showsintheus.com/. It’s an ambitious, innovative world-wide website for art, populated by the very people who make it and like it. Given John’s track record of tenacious perseverance, he’s going to get this done right. It’ll be more than “check out my hot links,” and a great resource in the years to come.