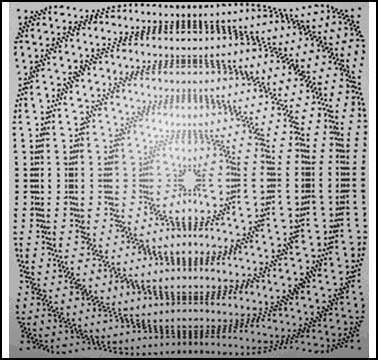 P.S.—AFCGT is made up of members of two Seattle bands, the A Frames and the Climax Golden Twins. I am not familiar with the Climax Golden Twins (although now, of course, I have to check them out), but I had the opportunity to see the A Frames (in my opinion, kind of a dark, moody, post-punk outfit with industrial [but not too industrial!] leanings) in San Francisco awhile ago and I was totally into their set, so I was excited for this show (with the Fresh And Onlys and Hank IV) at El Rio. Aside from one song that was more ambient in nature (which I liked, but would prefer to listen to at home rather than at a live show), their set was made up mostly of ultra heavy and driving rhythms honed into repetitive perfection, with some spastic guitar thrown in now and again to spice things up a bit. I liked the guitar—although I suppose, technically, they could be categorized as “leads”—they were less lead-y in the rockin’, metal sense and more just weird and interesting insertions. I don’t think there were any vocals at all—if there were, they were quite minimal. At one point, I had a laugh looking at the band (three guitarists, one bassist, and one drummer) and feeling it was made up of three unique guitarists—one hippie mountain man guitarist (Jeffery Taylor from CGT), one guitarist who looked like he was somewhere else (Erin Sullivan from AF)—if you couldn’t see his guitar, you might not have even realized he was playing one—and one mad scientist guitarist (Rob Millis from CGT). Fantastic! What a beautiful racket that trio of guitarists made, with the skillful accompaniment of the badass drummer and bassist. The songs were quite long and forcefully hypnotic. It was definitely a show where I was very focused on the band and the sounds and did not notice much of anything going on in the crowd around me (I assume there was a crowd around me, right?). Very smitten with them I was, and my pre-show excitement was quite rewarded—I was not only not disappointed, but extremely enamored during and totally fucking psyched afterwards. They had me at the get-go and I am really happy I got to see them. Highly recommended if they’re playing near you.