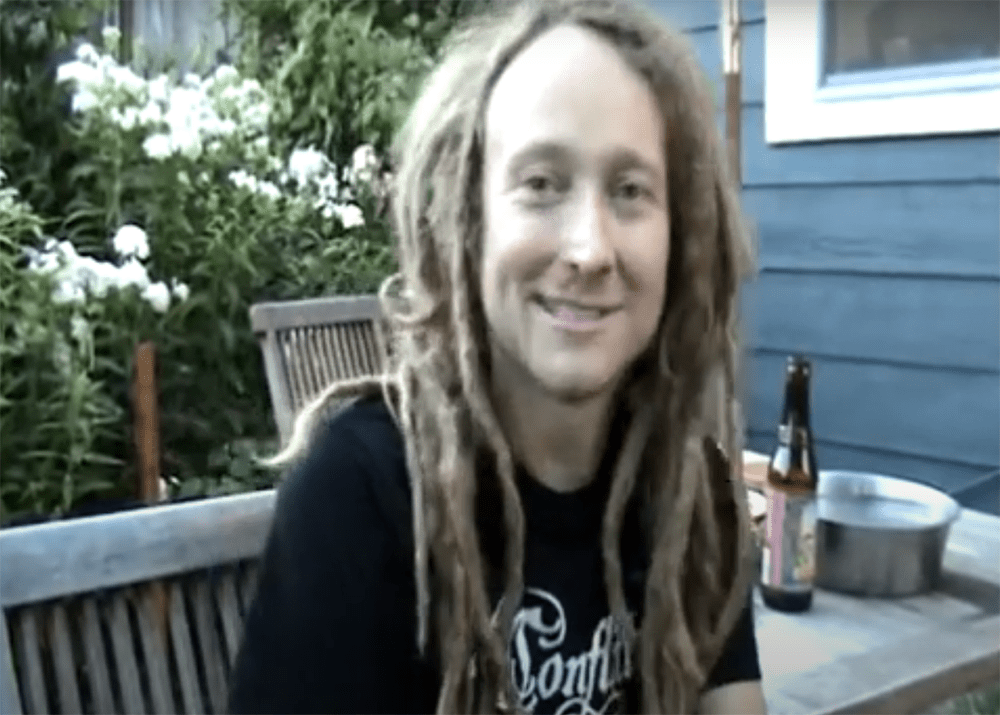 A Matter of Spirit and Conscience: An Interview with Thomas Barnett of Strike Anywhere by David Ensminger

While editing and publishing the magazine Left of the Dial, I interviewed Thomas Barnett from Strike Anywhere, an East Coast hardcore band that I admired because they balanced melodic tendencies and harsh modern hardcore, street anthems and thrash, and personal issues like family abuse, troubling nationwide issues of police violence, and global affairs, including post-colonialism and profiteering addressed in songs like “Postcards from Home.”

Though they jumped from label to label, including Jade Tree, Fat Wreck Chords, and Bridge Nine, their ethos and spirit, as well as politics and fan commitment (like saying “This Record Is Yours” to their fan and supporters in the liner notes for Iron Front), have remained steadfast. So, when the opportunity to interview Thomas during his short tenure in Portland became possible, my wife and I drove up from Eugene. I wanted to focus on what shaped his sensibilities, the dynamics of the Richmond, Va. scene, how he first experienced the magnetism of punk, his own conscience and constant drive, and how he imagines the role of countercultures/subcultures (with their symbolism, aesthetics, and rituals) in a shifting world. I am always impressed by his easygoing, soft-spoken, and deeply intelligent perspectives which are evident here. Plus, we get to witness his sneaky cat and hear his feisty dogs as night darkens his yard.

About the Visual Vitriol Archive Series: Back in 2008, instead of writing a thesis for my impending graduate degree at the University of Oregon. I embarked on a series of projects, like a huge punk gig flyer and poster show at the downtown Eugene art space known as DIVA, which included photocopy facsimiles from the personal collection of Jeff Nelson, cofounder of Dischord Records and drummer for Minor Threat, along with some of his original screen posters. I also gathered an archive of flyers for the Folklore program and made a twenty-minute film called Chronicles of the Zero Hour, which has never been seen except in rare viewings at bars, bookstores, and coffee shops. Over the course of that busy year, I met and interviewed a cross-generational variety of punks, from members of Dag Nasty, Chumbawamba, and MDC to The Epoxies, Strike Anywhere, and Paint It Black. The focus included how punk became a rite of passage for them, and we explored how Do-It-Yourself activities and shared spaces relating to gigs, fanzines, street art, record shops, radio, and much more shaped their attitudes and lives. Slowly, due to the efforts of Kirston Lane Otis, who has spent countless hours digitizing and uploading the material, which contains much insight and earnest conversations about the meaning of the music subculture, I am now making available the raw footage exclusively to Razorcake.